Tuesday, 12 February 2019
NSA: the NSA Board agreed a common methodology for calculating tariffs for insurance of aquaculture
"This year, the main task of the National Union of agricultural insurers is launching a system of crop insurance on the updated normative and methodological base in accordance with changes in the law and technological development of the instruments of insurance protection of agriculture" – said the President of the NRA of the Roots of Beidou, commenting on the approval of the Board of NSA plans of the committees of the Union to 2019. 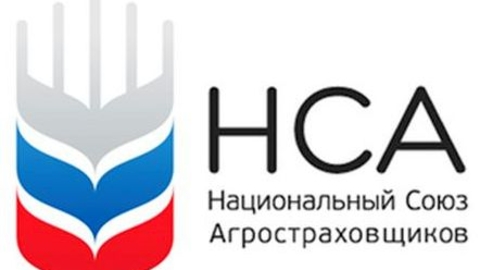 Held a meeting of the Board of the NRA has approved the reports of all committees and commissions of the NSA for the 2018 and their plans for the current annual period. "The main block of tasks of NSA in the current year is associated with changes in the law on agricultural insurance, – said the President of the Union of the Roots of biggov. – Chief among these changes is the abolition of the threshold of loss of harvest for the recognition of insurance events, which previously accounted for 20% of the planned amount, the extension of the range of the unconditional deductible, the coverage amounts and also the ability to insure the crop from the individual risks instead of as earlier. Amendments to the procedure for the insurance of farm animals. All these innovations require significant adjustments to a single of the standard Rules of agricultural insurance with state support, as well as methods of tariff calculation. The work of the NIC needs to be completed in the first quarter of this year."

Much of the work already carried out, said of Roots of bizdev: within one month after the signing of the new law Committee on the methodology of NSA was presented the new version of the standard Rules of insurance of crops and plantations of perennial plants, as well as insurance Regulations farm animals, carried out with state support. It is agreed by the Board of NSA at the beginning of February, but must still be approved by the Ministry of agriculture, Ministry of Finance and Bank of Russia. "NSA is doing everything possible to ensure that the insurance spring planting took place under the new rules – said the President of the Union of the Roots of biggov ".

The NSA plans for the current year is not only the development of standard forms of contracts and claims management, but also that NSA is implementing together with the Institute of space research of the Russian Academy of Sciences (IKI RAS). This is a study on the practical application of the tools of space monitoring crop insurance crops. In addition, the development of the system of agricultural insurance will be devoted to the analysis of possibilities of application in Russia of programs of crop insurance on yield index.

In 2019, the state support of agricultural insurance for the first time covers insurance risks related to commercial aquaculture production. "A unified methodology of calculation of tariffs for insurance of aquaculture also agreed by the Board of the NSA. This is another step towards an early launch of the system of subsidized insurance of risks of commercial fish farming", – said the President of the NRA of the Roots of biggov.