Monday, 18 February 2019
The area under cotton in the Stavropol region in 3 years will amount to 4.5 thousand hectares
In plans – construction of a plant for the primary processing of the crop 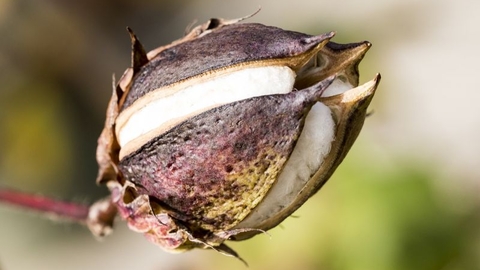 The plant for the primary processing of cotton, worth 12 billion rubles is planned to build in the Stavropol region, which last year revived the cotton industry. This was reported by TASS in the Russian investment forum in Sochi the Governor of the region Vladimir Vladimirov.

"It is planned to create capacities on processing of cotton... Worked question 12 billion, is a plant for cleaning and briketirovannogo cotton. In the long run in Budyonnovsk the district planned to build a textile factory," said Vladimirov.

According to him, the draft is being discussed on the forum with a potential investor. "There are plans within three years to increase the crops of cotton to 4.5 thousand hectares," - said Vladimirov.

In 2018 in the Stavropol region was launched the investment project for the revival of cotton growing and in the fall of 2018 Stavropol farmers for the first time in half a century began the harvest of cotton. Authorities noted that the proper development of irrigation and drainage systems, the region can go to the industrial production of cotton in 2020.

In the Stavropol region this culture was grown until 1964: in Soviet times, from 350 thousand ha of industrial crops of cotton in the South of Russia up to 120 thousand hectares accounted for Stavropol Krai.

In the prewar years, the region has produced about 60 thousand tons of raw cotton. Today, according to regional authorities, the potential of areas suitable for the cultivation of cotton in the Stavropol region is not less than 200 thousand hectares.