Thursday, 21 February 2019
The UK will impose duties on imports of food after the Brexit
To protect local producers 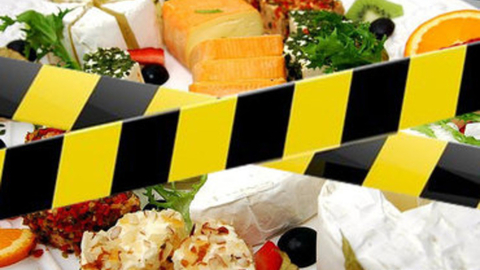 Britain intends to set tariffs on food imports after the country's withdrawal from the EU, said British Minister for the environment Michael Gove at the conference of the National Union of farmers.

According to him, information about "zero fees" on the import of food products is false. He stressed that the UK will use all market-based measures such as tariffs and quotas to protect local producers.

While the United Kingdom is not going to lower the quality standards demanded of the food to facilitate the conclusion of trade agreements with other countries.

Recall that a British exit from the European Union to be held on March 29. However, until now, between the British authorities and the EU leadership did not contract on the terms Brexit.

If the release date UK will not approve the agreement reached by the Prime Minister, Teresa may, it will lead to so-called "hard Brexit" — out of the EU without any agreements.

As reported IA REGNUM, February 20, the European Commission said that the EU is ready to option out of the UK without prior agreement.

Последние новости
17:05 AGROSILA invests in its own projects of 1.5 billion rubles
16:07 Freight report, 4 week 2020
15:02 The President of the NRA of the Roots of bizdev: pastoralists Russia insure 159 million birds, 9 million pigs, cattle 823 thousand and 104 thousand Mrs
14:06 Monthly review of the market of oilseeds
13:06 Machinery Kverneland adds to the list of "Rosagroleasing"
12:05 Export wheat prices peaked in February of last year
11:01 Ended in Berlin "Green Week-2020"
10:04 Weekly market review sugar
09:06 Scientists of the Crimean Federal University have found a way to speed up production of essential oils
08:09 Holding company "Novotrans" increasing transportation of products of metallurgical enterprises
17:01 Program, new speakers, participants and sponsors of the International agricultural conference WHERE the MARGIN is 2020
16:08 Russia is preparing for a commemorative participation in the Brussels exhibition
15:41 GC "Yug Rusi" tender: "Supply of workwear and PPE to 2020" for the needs of enterprises of GC "Yug Rusi"
15:36 The large supply of technological equipment in the Kursk region
15:04 The network of hypermarket O ' KAY refuses plastic bags from the primary oil
All news