Friday, 01 March 2019
Argentina is ready to show the world GM wheat. Will be delighted if the world?
The problem of GMO use in agriculture is acute for decades. The founders of GM crops and their commercial application is the United States. 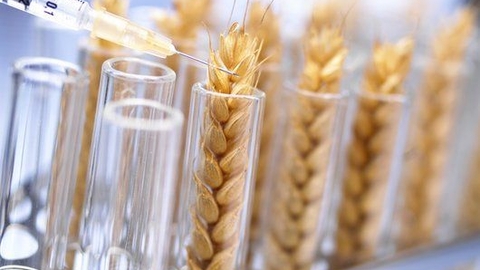 Such cultures are also widely used in Argentina, Brazil and some South American countries. While all proponents of GMOs in the world are trying to put aside one crop – wheat. Further experimental fields it is not. Too sensitive a question. And unexpected message: Argentina ready to start growing GM wheat, however, if it is allowed.

According to reports from the specialized media in Argentina is almost completely developed genetically modified wheat resistant to drought. But in sale it is not because of fears that such a move could complicate the trade of Argentina with its partners.

At the end of last year in Argentina the General public has provided a new variety of GM wheat, which in addition to resistance to herbicides is resistant to drought. It was called wheat HB4 (HB4 Wheat).

Work on the "creation" of new varieties began and was carried out by the company "Bioceres" long. Back in the mid 90-ies were identified with properties of the gene HB4, which helps the sunflower to resist drought. "Bioceres" received permission of the state Commission on science and technology for commercial application of this discovery. Already in 2007, managed to transplant the gene in some cultures. This, in particular, soybean, corn and wheat. Now about wheat HB4. This wheat variety was bred SP "Trigal" (Trigall) is a joint initiative of the Argentine "Bioceres" and French company "Florimond Desprez". The French provided germplasm (germplasm), and the Argentine "Bioceres" technology HB4.

At the presentation it was stated that when drought-HB4 yield of wheat is 25% higher than the same conditions of the ordinary. And in normal humidity the yield is the same. According to the developers, another advantage, which was unexpected and a nice byproduct is the immunity of GM wheat to some types of herbicides. If you have permission, the company is ready to provide farmers with seeds already almost in the current season. To date, a new variety of GM wheat have been approved in Argentina, the national Service for quality control of food and health and the Commission on GMO. In their view, no risk to no person. Another detail: the characteristics of the GM wheat the same as usual (if based on publications in the media of Argentina).

Now we have to wait for the decision of another Department — the so-called Agricultural Secretariat, which must give an opinion from the point of view of the consequences of such a step for market participants. It is expected during the year. How is this process? According to media reports in mid-April 2019, a new variety of wheat received approval at the highest state level. The President ordered that within 60 days the relevant departments of the country came to a common opinion on this matter. What's next – we'll see.