Monday, 11 March 2019
China blocked delivery the largest canadian manufacturer of rapeseed
China has cancelled the permission of the canadian company Richardson International Ltd to send rape (canola) in China, the company said Tuesday that is a clear sign of tense relations between Ottawa and Beijing. 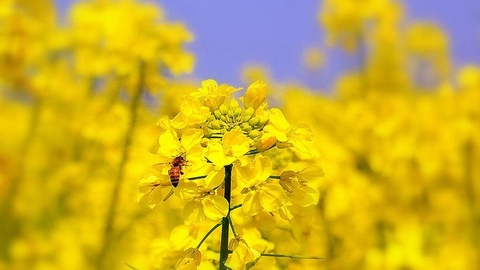 The press-Secretary of company Richardson International Ltd Hayley Johnson confirmed that China had withdrawn the permit to the company to import canola, after the publication Reuters previously reported that a list of approved shippers posted on the website of the Chinese customs administration on March 1, showed a charge.

The document is a revised version, first published January 14. The inscription next to the name Richardson International in the latest document States: "Registration of export canola has been abolished".

Was not immediately clear the reasons for which stopped the export of rapeseed from one of the world's largest suppliers of canola - Richardson International.

According to rumors, the tension between China and Canada was caused by the arrest of the man, Banjo, who is the daughter of the founder of technology giant Huawei Technologies Co Ltd and its chief financial officer, Canada at the request of the U.S., which angered Beijing. But last Wednesday it became known that a Chinese official stated that in canadian canola was recently discovered dangerous pests. With turn Richardson International refuted this statement, saying that canola shipped to China, meets all regulatory requirements.

Lock exports of rapeseed in China will be a headache for Richardson International, and a potential blow to the economy of the country as a whole.

Oilseeds (along with fruits and grain) are the largest export category of agricultural products from Canada to China, taking a share of almost 17 per cent of total exports in 2017.