Thursday, 14 March 2019
The head of the Ministry reported exports in 2018
Exports of agricultural products almost doubled exports of weapons 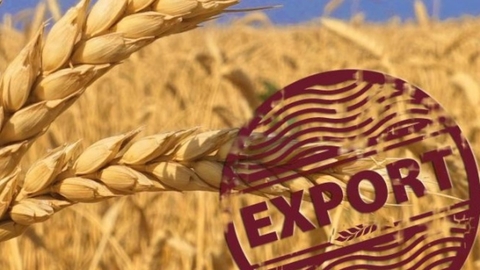 Russia in 2018 sent abroad for agricultural products at $25.9 billion. the head of the Ministry of agriculture of the Russian Federation Dmitry Patrushev, wrote in his column in the framework of the project "Government online" on the website ria.ru.

"It's safe to say that we have regained the status of an agrarian state", — said the Minister.

As reported IA REGNUM, during the period from 2012 to 2017 in Russia increased crop yields. According to Rosstat, the harvest of grain and leguminous crops increased by 60%, wheat by 77%, rye, barley, oats and potatoes — an average of 40%.

Последние новости
12:33 Fish farming
12:08 The government approved the program of subsidizing of leasing of specialized equipment
11:00 BayArena will be held in digital format
10:02 Farmers exceeded the plan of sowing of spring wheat and corn
09:09 What equipment is not enough Russian grain producers?
08:06 Weekly market review pork and poultry meat for 21 weeks
17:01 Government grants help develop the whole sector of organic matter
16:04 Leading experts in the field of agriculture have confirmed their participation in "Agroexposiberia", the organizers are stepping up the training
15:07 Priority Breeding and seed center
14:06 Fishering Service, Hampidjan and Tufropes confirmed their participation in the IV Global Forum Fishery & Seafood Expo Russia
13:01 AGCO-RM set tractors Massey Ferguson® KFKH "Russian field"
12:04 Completed construction of the largest Elevator in the Tula region
11:01 Case IH offers the upgraded versions of the machines for application of fertilizers Nutri-Placer 930 to increase the efficiency of Russian farmers
10:00 Rosselkhozbank forecasts reaching its limit on rural mortgages in June
09:04 Freight report, 22 week 2020
All news