Tuesday, 19 March 2019
Voronezh Governor instructed to monitor food prices
The growth of prices for food products in the region corresponds to the growth in the whole country 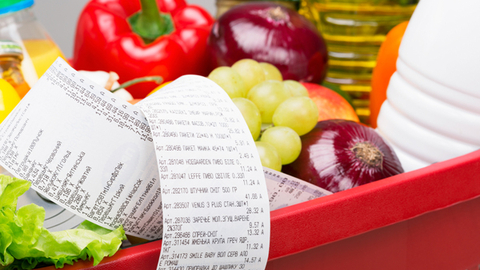 Monitoring prices for food products ordered to hold the Governor of the Voronezh region Alexander Gusev in local enterprises. As reported to IA REGNUM in management on interaction with mass media and administrative work of the government of the Voronezh region, he gave on March 18 at the weekly operative meeting.

As reported at the meeting the head of the Department of entrepreneurship and trade of the region Galina Brichkina, at the end of 2018, the inflation rate amounted to 4.6%, the level of food inflation in the region was below the level in the Central Federal district. The growth of prices was recorded in the end of the year. At the same time, added Brichkina, in Russia as a whole, both General and food inflation significantly exceeded the level projected by the government.

The producer price index of agricultural products for agricultural products in December 2018 amounted to 118,6%. The number of items for which prices declined were buckwheat (13.6%) and apples (8,6). Here, for example, millet has risen over the year more than doubled — a situation that is associated with the reduction in acreage has been reported in all regions of Russia. The growth of prices for sugar beet 37.6% led to a rise in sugar prices since the beginning of the year, the price tag has increased by 33.4% in retail. Rising prices for chicken eggs in the region grew by 31%: it is the government of the region is linked, including end-of-work "ptitseprom Bobrovsky" in October 2018, which occupied about 40% of the market. It was destroyed nearly 1.2 million poultry. Despite the growth of prices for certain commodities, the cost of the minimum set of products in December 2018 in the Voronezh region was 8.2% lower than in the whole country — 3 thousand 661 rouble. The meeting also addressed the issue of rising gasoline prices: at the end of 2018 motor fuel in the Voronezh region rose by 9.9 per cent (of 9.96% in the country, to 10.3% in the Central Federal district).

"Let's look at the growth of prices for food products, which are produced in the region. Large enterprises need to monitor the prices, they were adequate," he instructed up on the report of the head of the region Alexander Gusev.

The Governor also instructed to perform fuel prices ahead of spring field work.

Последние новости
17:06 Group "PRODO" took part in "Prodexpo–2020"
16:05 The Ministry of agriculture was instructed to consider the turnover of GMO products
15:08 "Center Agrobaltika" and the Russian agricultural Bank will jointly develop price indexes
14:03 Unattractive village. Housing in the countryside will not save the village from extinction
13:09 Krasnokamsky RMZ has implemented a large consignment of agricultural machinery
12:00 Russian factories specialized engineering in Japan, will identify best practices in lean manufacturing
11:04 NSA: increase state support of agricultural insurance can provide protection for 17% of crops in Stavropol
10:59 GC "Yug Rusi" tender: "Supply of means of protection of plants in 2020." for the needs of LLC "Agrosoyuz Yug Rusi"
10:06 Superintensive gardens will appear in the East of Stavropol
09:27 The Director of the Department of industry and trade of the Russian Federation, visited the Rostselmash
09:05 The Ministry of agriculture of the Russian Federation and the Rosselkhoznadzor will discuss with China the supply of products in Russia
08:04 Post-release of the IX specialized agricultural exhibition "Agroexpocrimea"
17:09 Potato Union: Russia will not soon refuse from import of seed potatoes
16:00 Miratorg started to export high quality beef to Brazil
15:08 Sunflower stocks exceed last year's by 2%
All news