Tuesday, 02 April 2019
"Umalat" revealed the essence of the conflict with the production of Adygei cheese
The company "Umalat" released a video that talks about the legal and historical aspects of the situation around the rights to use the name "Circassian cheese". 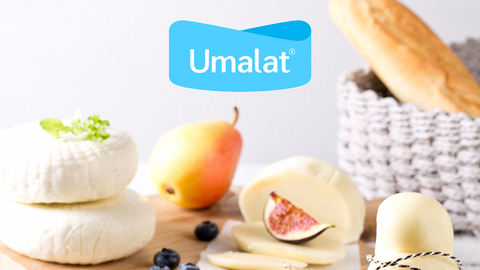 The purpose of the video, which you can view on the official YouTube channel of the company — to explain to consumers, as there was a danger of the disappearance of Adygei cheese from the shelves and why the requirement Adyghe manufacturers to ban its production outside the country is not unfounded.

As can be seen from the video, Circassian cheese first appeared in the USSR in 1972. Standards of production have been developed in Uglich, and the name was given in honor of the ancient Circassian recipes. This is reflected in the Guest, allowing to produce soft cheese in the entire territory of the customs Union.

Later, in 2004, Adygei cheese makers received a patent Adygei cheese appellation of origin (appellation of origin), which imposes a ban on the release of the product outside the territory of Adygea. However, in the patent reflects production requirements, which are impossible to implement on an industrial scale — such as the use of hand woven willow baskets, giving the product the desired shape and pattern on its surface. In addition to the complexity in manufacturing, these baskets are really disinfection, which can be a source of contamination of cheese by pathogenic microflora.

Therefore the Adyghe manufacturers do not comply with the IO, producing products according to GOST and TU is the corresponding markings are on the packaging of their products. Thus, they violate the rules, which try to protect their exclusive rights. This fact was taken into account Twentieth arbitration appeal court in Tula, which dismissed the appeal of the Union of manufacturers of products "Cheese adygeyskiy" to ZAO "Umalat", demanding to prohibit the company to use the name "Adyghe Cheese" and to seek compensation for his allegedly illegal use. Cheesemakers of Adygea continue to initiate lawsuits, however, "Umalat" intends to continue to defend the right of consumers on their favorite kind of cheese.

The company's portfolio includes three brands: Unagrande, Pretto and "Umalat". The company's products "Umalat" submitted to the Federal food networks, and is also used in the preparation of meals in the best cafes and restaurants in the country.

For their products, "Umalat" uses only fresh milk of the highest grade, which undergoes a strict microbiological control. The company's products do not contain vegetable fats and preservatives.

Dairy products company "Umalat" is produced on modern European equipment under the supervision of highly qualified professionals, including hereditary cheesemaker Italy and the South of Russia.

The company's products "Umalat" considered to be one of the best due to its excellent flavour and consistently high quality.