Friday, 05 April 2019
"EFKO" will invest 10 billion rubles in the construction of a terminal for transshipment of oil, meal and cake
70% of oil production is exported by water transport 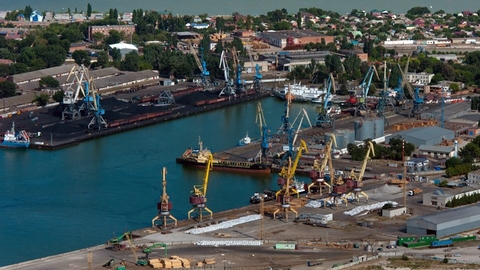 One of the biggest players in the oil and fat market company "EFKO" - plans to invest 10 billion rubles in the construction of a multipurpose deep sea terminal for transshipment of agricultural products (sunflower oil, meal and cake) in Taman. This was on fat-and-oil conference organized by oil and fat Union of Russia, with informational support of "Agroinvestor", said General Director of "EFKO" Eugene Lyashenko. The construction of new facilities, the group plans to begin this year.

The company is one of two members of the oil and fat market, which has its own marine terminal for transshipment of oil products (other player — group "Commonwealth"). Construction of new capacities will allow to increase volumes of up to 3 million tonnes of oil and 3.5 million tonnes of bulk cargo, said Liashenko.

Now the total capacity of the ports of the Black sea allow us to deliver abroad about 1.8 million tonnes of vegetable oils and about 350 tons of meal. Thus according to the plans by 2024, the volume of transshipment of oil is expected to grow to more than 5 million tons of meal — almost to 2.9 million t. the Only constraint on the delivery of planned volumes, may be the lack of railroads to the terminal, said a top Manager. As stressed by Deputy Minister of agriculture Oksana LUT, infrastructure development, including construction of roads and rail entrances to the export terminals already included in the state support of export development. These measures, according to Lyashenko, should not be confined to the year 2024, as the projects on construction of terminals and related infrastructure will pay off "much longer", he stressed.

According to forecasts, by 2024, exports of vegetable oils is expected to increase threefold to 9 million tonnes, Russia's share in global trade in oil will increase from 4% in 2018, 9% in five years. The main buyer of Russian oil in 2024, India will be. The volume of exports to this country is estimated at 3.2 million tons Now, shipments to India are just beginning. The second importer could be China, which can increase the volume of procurement 0.5 million tons to 1.8 million tons More than doubled — from 0.3 million tons to 0.7 million tonnes is planned to increase deliveries to Turkey. At the moment 70% of exports of oil products, including oil, are exported by water transport, said Evgeny Lyashenko.

According to the Russian export centre, in 2018 the export of products of oil and fat industry in value terms amounted to $3.2 billion this year, exports in this area could reach $4 billion, predicts REC.