Wednesday, 10 April 2019
In Finland will start in food production from air
Finland has already developed a pilot plant that produces the "air" food. 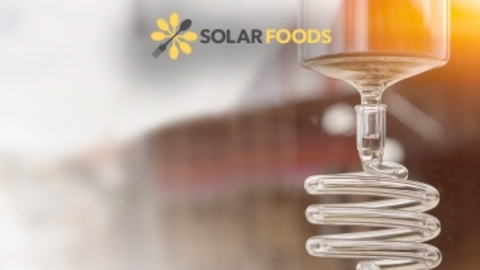 And while you will not see it on the shelves, as will the stage of testing in animals and humans, but for 2021 planned start-up of the plant, which will produce one million tons of "air" product. More precisely, a protein which can provide half the country's population, writes "Rossiyskaya Gazeta".

Finnish scientists have invented a technology that will produce food even in the desert or at the North pole.

What's the point? As you know, any protein consists of the same elements as the air. It is nitrogen, hydrogen, carbon, oxygen. The only difference is in the proportions and configurations of atoms. In addition, the oxygen and hydrogen of the air "associated" in the form of water vapor. Therefore, production of "air" food starts with a steam treatment. Using electricity (conventional electrolysis) vapor splits into oxygen and hydrogen. And then they added carbon dioxide and small amounts of trace elements. This mixture is then "served" to the special germs of these components create cells containing up to 60 percent protein, and amino acids similar to those present in soybeans or edible seaweed.

After heat treatment of this "brew" is produced powder-like in taste and appearance of wheat flour. This is a very nutritious substance: consists of about half protein, a quarter carbs and the rest fats and nucleic acids. Such a powder can be done any products: bread, sausages, and kebabs and salads etc.

While the drafters did not intend to completely displace the usual menu, I want to replace animal food. But six euros per kilo too expensive, soy protein is much cheaper. But scientists believe that over time, especially if global warming will be a harsh reality, "air" food can be the way out. Compared to traditional agriculture, this method does not require special soil, pesticides, toxic fertilizers. It can solve the problem of hunger in developing countries, allows you to produce food even in the desert or at the North pole. By the way, the EU has allocated an unusual project million euros.

Последние новости
08:07 NSA: in the Kuban signed the largest contract of insurance gardens
17:03 "Sberbank insurance" insured the largest orchard in Europe at 1.5 billion rubles
16:01 According to forecasts of the center of industry expertise Rosselkhozbank, Apple production in Russia to 2024 will increase 2 times and will exceed 1.2 million tons
15:08 Russia exports record amount of sugar
14:05 The Acron group launches the online project "Profession of Akron"
13:00 The agriculture Ministry plans to cancel the incomplete Declaration in export quotas
12:08 Freight report, week 21 2020
11:09 Krasnoyarsk branch of Rosselkhozbank has expanded the tariff line RKO for business
11:06 Krasnoyarsk branch of Rosselkhozbank has reduced rates on mortgage loans
11:02 Russia: Spring grain crops left to plant less than 7% of the area
10:00 JSC "Federal freight" is the new prices for the carriage of goods in open wagons and a loyalty program "Hot summer"
09:03 IGC: World production of corn and wheat to update the record
08:00 In the Federation Council, continue work on the development of agricultural equipment until
11:02 Truck scales for avtodorstroy-Contractor
15:03 Truck scales at the sugar factory
All news