Friday, 19 April 2019
USA won the the WTO, China has dispute on quotas on imports of wheat, rice and corn
The United States won a world trade organization (WTO), China has a dispute concerning a Beijing introduced tariff quotas on imports of wheat, rice and corn. In a Thursday in Geneva the conclusion of the arbitration panel noted that the actions of Beijing in this area are in conflict with the assumed China to join the organization by carrying out that procedure of the introduction of quotas should be transparent and predictable. 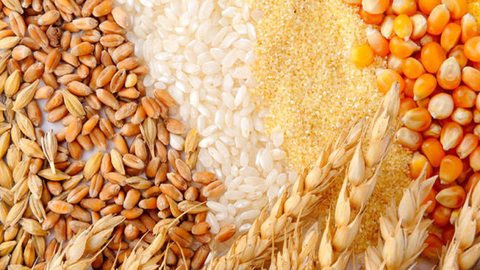 "The basic criteria for eligibility applied by China with the introduction of tariff quotas for wheat, rice and maize, is not consistent with the obligation to introduce tariff rate quotas in a transparent, predictable and equitable basis", — is spoken in the decision of the arbitrators hearing the dispute between the US and China.

At the same time, as follows from the text of the decision, the United States failed to convince an arbitration panel that China violated the Agreement on tariffs and trade 1994 in terms of quotas.

As told reporters one of the sales representatives in Geneva, who spoke on condition of anonymity, this dispute was initiated by the United States December 15, 2016, when they appealed to the WTO a request for consultations with China regarding its tariff quotas, including wheat, rice and corn. In Washington said that Beijing does not meet its obligations in 2001, the Protocol of accession to the WTO.

Because the parties were unable to agree during the consultations, a resolution of the litigation began on 22 September 2017 the panel. Made it on Thursday, the resolution must be approved by the Body of WTO dispute resolution (ODR) from 20 to 60 days, if one of the parties or both of them do not declare their intention to appeal. In addition, the judgment of arbitrators, according to WTO rules, may be revoked by a unanimous decision of ORS.

Последние новости
08:00 "My Summer" opens up new jobs in the Tula region
17:06 Equipment and leasing at European level: machinery Rostselmash through "Rosagroleasing"
16:02 AGCO-RM offers special leasing conditions for the tractor Massey Ferguson® 6713
15:03 Stocks of grain in the state Fund will increase to 6 million tons
14:08 CLAAS: SHREDLAGE® ONE OF THE MOST POPULAR TECHNOLOGIES OF FORAGE IN RUSSIA
13:06 The international Grains Council updated absolute record of production and ending stocks of wheat in the world – the forecast may
12:06 Rosgosstrakh has insured a large agricultural holding Kuban
11:03 Corn exports may limit until September 1
10:01 The Acron group has sold a license for production at the site of deposits of potassium salts KL 279 in Canada
09:09 Grain exports will continue in June
08:05 6 000 farmers from all South of Russia will gather again at the "Bottom of the don fields" in August
17:07 "Novotrans" provided handling 850 tons of cargo on the ferry complex in Ust-Luga port
15:03 A truck scale is for "Meat Yard"
14:08 The price of rapeseed in Russia has set a new record
13:04 Intelligent technology is being tested in the Russian economy
All news