Monday, 22 April 2019
The United States won the dispute with China to WTO
Arbitrators have recognized the persuasive arguments Washington about the illegality of the Chinese quotas on rice, wheat and corn. 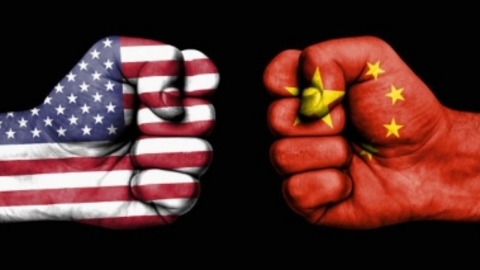 USA won the argument, begun in the WTO, even by the Obama administration. The organization came to the conclusion that Beijing, which established tariff rate quotas for rice, wheat and corn, to act contrary to its principles.

“The basic criteria for eligibility applied by China with the introduction of tariff quotas for wheat, rice and maize, is not consistent with the obligation to introduce tariff rate quotas in a transparent, predictable and equitable basis”, — is spoken in the decision of the arbitrators,

But the problem is not in the quota, and in "two-tier pricing" (TRQ). The system China built in such a way that foreign suppliers simply do not know their agricultural products in demand or not and what the fee will be set, but in the end incur losses.

At the same time against the quota as such the WTO does not have anything against: the decision notes that the United States failed to convince an arbitration panel that China violated the Agreement on tariffs and trade 1994 in terms of quotas.

In his statement, U.S. trade representative Robert Lighthizer and the Minister of agriculture of the United States Sonny Perdue welcomed the decision of WTO, saying that the system of China "in the end, prevents the access of American farmers to the Chinese grain market". If the Chinese TRQ was used in full, only in 2015 would be imported corn, wheat and rice up to $3.5 billion, according to estimates of the Ministry of agriculture of the United States.

In turn, the Chinese Ministry of Commerce announced that it "regrets" the decision of the WTO. In a statement the Agency notes that China "would be the appropriate way to resolve this issue in accordance with the dispute resolution procedures of the WTO to actively ensure the stability of the multilateral trading system and continue to administer the appropriate quota on imported agricultural tariffs in accordance with WTO rules".

Either party may appeal the decision within 60 days.