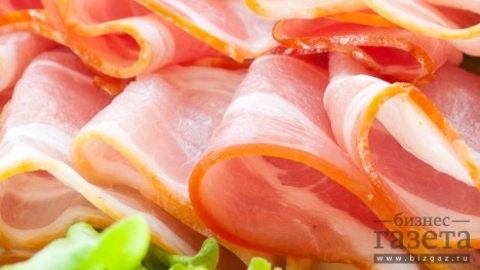 In the first three months of 2019 in the don region was made of 60.9 thousand tons of cattle and poultry for slaughter. This figure below. Than in January—March 2018 almost 46%. Such data leads Rotostat.

Последние новости
08:00 "My Summer" opens up new jobs in the Tula region
17:06 Equipment and leasing at European level: machinery Rostselmash through "Rosagroleasing"
16:02 AGCO-RM offers special leasing conditions for the tractor Massey Ferguson® 6713
15:03 Stocks of grain in the state Fund will increase to 6 million tons
14:08 CLAAS: SHREDLAGE® ONE OF THE MOST POPULAR TECHNOLOGIES OF FORAGE IN RUSSIA
13:06 The international Grains Council updated absolute record of production and ending stocks of wheat in the world – the forecast may
12:06 Rosgosstrakh has insured a large agricultural holding Kuban
11:03 Corn exports may limit until September 1
10:01 The Acron group has sold a license for production at the site of deposits of potassium salts KL 279 in Canada
09:09 Grain exports will continue in June
08:05 6 000 farmers from all South of Russia will gather again at the "Bottom of the don fields" in August
17:07 "Novotrans" provided handling 850 tons of cargo on the ferry complex in Ust-Luga port
15:03 A truck scale is for "Meat Yard"
14:08 The price of rapeseed in Russia has set a new record
13:04 Intelligent technology is being tested in the Russian economy
All news