Thursday, 25 April 2019
In agriculture without pesticides, crop losses of wheat can be 19% and 42% potato
European scientists believe that crop protection products are necessary to ensure global food security 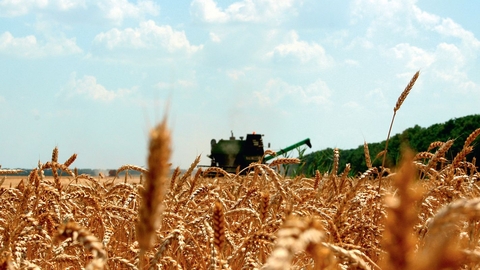 If the agro-industrial complex refuses to pesticides, in the context of global food security under the threat of hunger could be nearly 11 billion people by 2100.

This is the result of a recent study conducted by Belgian scientists from the Department of biotechnology of the University of Louvain at the request of the Research services of the European Parliament (EPRS).

Accordingly, if the pesticides will not be applied, we can expect the loss of large yield losses of important food crops which are estimated, for example, 19% for wheat, 42% for potatoes.

Meanwhile, the authors consider the organic farming as a method of increasing the biodiversity only to a limited extent.

At the global level, you can even expect a decrease in biodiversity, because organic farming is about 25% less productive than traditional agriculture. To feed 11 billion people will require more land to compensate, and it will be done at the expense of biodiversity.

In addition, the idea that the pesticides used in organic farming are less toxic and result in fewer residues, is not always true.

The scientists also remind us that protection of plants includes not only the treatment of crops with agrochemicals, and crop rotation, use of disease-resistant and pest-resistant varieties, and soil care.

In addition, further progress in reducing the impact of pesticides on human health and the environment is possible. For example, norms of consumption of agrochemicals can be reduced, for example using precision agriculture, including remote sensing of crops with unmanned aerial vehicles for more targeted treatments.