Thursday, 25 April 2019
In Poland summed up the results of the spread of ASF in the first quarter
The Polish media has reported cases of African swine fever confirmed as the last week of March. Compared to the same period of the previous year in the first quarter of the current year in the population of wild pigs revealed lesions about 20% less. However, a pronounced seasonality peak Achs makes anxiously expected the summer. 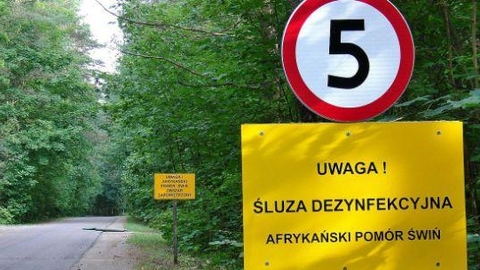 During the first three months of 2019 in Poland confirmed 754 cases of African swine fever in the wild boar population. For comparison: in the same period of 2018 were 932 cases of the disease. In comparison with the beginning of the year, coverage of the disease has not changed significantly, however, changed the frequency of its occurrence in some areas.

The virus most intensively recorded in Mazowieckie province. In the first quarter of the year in this area 421 confirmed case of ASF, that is more than half of all diseases in this period. The greatest density of foci in the area of Warsaw agglomeration, especially in its southern part.

During the first quarter of 2019 754 cases were detected in tissues of wild boars 1313. This means that statistically one case of the disease confirmed the presence of virus in the tissues of 1.74 boar. This figure is slightly higher than in previous years, when one case of illness in average, 1.5 boar.

Speaking of African swine fever in domestic swine herds, this year there was only one flash. She appeared on January 29 in the Warminsko-Mazurskie Voivodeship in the herd, numbering 67 pigs. For comparison, in the first quarter of 2018 in Poland was confirmed in 4 outbreaks (three in January, one in February).

Poland remains an antilinear in Europe in the number of cases of the disease in wild boars. Frequency of ASF outbreaks here is seasonal: all 214 209 outbreaks occurred in the period from the second half of may until the end of September. Obviously, it is expected that with the arrival of summer, the poles will face a number of new outbreaks of ASF among domestic pigs. And with them come not only the elimination of infected herds, but also sanctions others for pork producers.

Последние новости
17:03 "Sberbank insurance" insured the largest orchard in Europe at 1.5 billion rubles
16:01 According to forecasts of the center of industry expertise Rosselkhozbank, Apple production in Russia to 2024 will increase 2 times and will exceed 1.2 million tons
15:08 Russia exports record amount of sugar
14:05 The Acron group launches the online project "Profession of Akron"
13:00 The agriculture Ministry plans to cancel the incomplete Declaration in export quotas
12:08 Freight report, week 21 2020
11:09 Krasnoyarsk branch of Rosselkhozbank has expanded the tariff line RKO for business
11:06 Krasnoyarsk branch of Rosselkhozbank has reduced rates on mortgage loans
11:02 Russia: Spring grain crops left to plant less than 7% of the area
10:00 JSC "Federal freight" is the new prices for the carriage of goods in open wagons and a loyalty program "Hot summer"
09:03 IGC: World production of corn and wheat to update the record
08:00 In the Federation Council, continue work on the development of agricultural equipment until
11:02 Truck scales for avtodorstroy-Contractor
15:03 Truck scales at the sugar factory
12:26 The crop of early strawberries will be the worst in the last 5 years
All news