Tuesday, 30 April 2019
Dmitry Patrushev held a meeting to bring government support to farmers
The Minister of agriculture Dmitry Patrushev held a teleconference with heads of regional agricultural administrative bodies on the subject of transferring of budget funds. During the event, the Minister noted that the timeliness of bringing the state to the direct beneficiaries, along with increasing its volume, is one of the key tasks of the Ministry of agriculture, according to The DairyNews with reference to the press service of the Ministry. 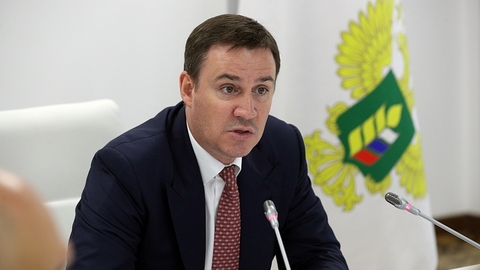 "The Ministry of agriculture has fulfilled all its obligations, and until February 15, has allocated 100% of the funds provided by the state for the support of agriculture. In turn, as of April 25 subjects brought to farmers to 28.2 billion rubles, which is 25.2% of the annual limits," – said the Minister.

Dmitry Patrushev drew the attention of participants to indicators for the provision of support in the field of crop production, the most popular in the period of sowing. According to the agriculture Ministry, farmers reported 7.4 billion rubles, which is about 66% of the limit.

Also, according to Dmitry Patrushev, in 60 regions of Russia, subsidies to increase the productivity in dairy cattle. Already brought to the farmers 4.8 billion, or 60% of the limit.

In addition, the head of the Ministry gave the statistics of the implementation of subsidies to promote the achievement of the targets of regional programs for agribusiness development. They brought to farmers in the amount of 5.5 billion rubles, which is 13.5% of the limit.

Separately, Dmitry Patrushev, has asked the leadership of the agribusiness management bodies of Zabaykalsky Krai. The Minister urged colleagues to promptly prepare and submit to the Ministry of agriculture the documents required in order to speedily proceed to the examination and the preparation of Government regulation on allocation of assets affected by the disaster to farmers.

Informed on behalf of Dmitry Patrushev in Zabaykalsky Krai was sent to the delegation of the Ministry headed by the first Deputy Minister Dzhambulat Hatuova.