Tuesday, 07 May 2019
The Fund named after Kadyrov gave to the poor 30 thousand food sets
Since the charity event began in Chechnya Ramadan 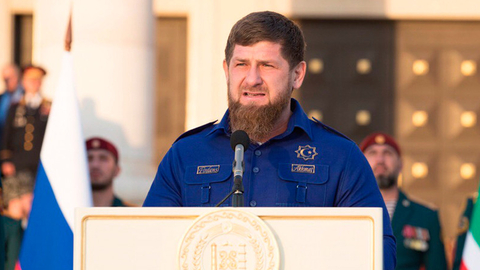 In Chechnya, the beginning of the Holy month of Ramadan, said a major charity event. The poor residents of the Republic of may 6 was distributed to more than 30 thousand food packages with poultry meat, honey, sugar, flour and rice. Organized good thing the head of the Regional public Fund named after Akhmad-Hadji Kadyrov — aymani Kadyrov. About on his page in social network "Vkontakte" said the head of Chechnya, Ramzan Kadyrov.

According to him, the work of the Fund staff and district administrations on the distribution of aid was started in the morning, to make the evening breaking fast. This is not the last event to be held in the Holy month Ramdan, said the Chechen leader.

As reported IA REGNUM, at the end of April 2019 in Chechnya was a charity event dedicated to the blessed night of bara'ah, when Muslims ask for mercy from Allah and forgiveness. It was distributed to 10,000 food kits and 10 million rubles for needy citizens, including the poor, the sick, the orphans.

Последние новости
11:00 BayArena will be held in digital format
10:02 Farmers exceeded the plan of sowing of spring wheat and corn
09:09 What equipment is not enough Russian grain producers?
08:06 Weekly market review pork and poultry meat for 21 weeks
17:01 Government grants help develop the whole sector of organic matter
16:04 Leading experts in the field of agriculture have confirmed their participation in "Agroexposiberia", the organizers are stepping up the training
15:07 Priority Breeding and seed center
14:06 Fishering Service, Hampidjan and Tufropes confirmed their participation in the IV Global Forum Fishery & Seafood Expo Russia
13:01 AGCO-RM set tractors Massey Ferguson® KFKH "Russian field"
12:04 Completed construction of the largest Elevator in the Tula region
11:01 Case IH offers the upgraded versions of the machines for application of fertilizers Nutri-Placer 930 to increase the efficiency of Russian farmers
10:00 Rosselkhozbank forecasts reaching its limit on rural mortgages in June
09:04 Freight report, 22 week 2020
08:00 CLAAS: PRACTICAL GUIDELINES FOR THE PREPARATION AND OPERATION OF FORAGE EQUIPMENT
17:03 The soil moisture monitoring and yield prediction using soil sensors
All news