Tuesday, 14 May 2019
Dmitry Patrushev presented the new head of United grain company
May 13, Minister of agriculture of Russia Dmitry Patrushev presented to the staff of Joint stock company "United grain company" (JSC "UGC") of the new General Director Dmitry Sergeyev, according to The DairyNews with reference to the press service of the Ministry of agriculture of the Russian Federation. 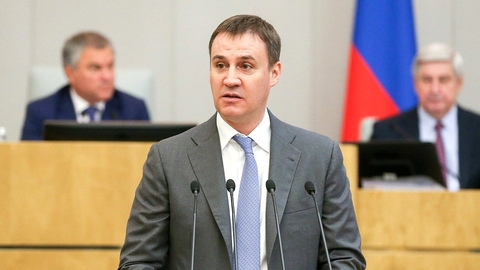 Dmitry G. Sergeev was elected to the position of General Director of JSC "UGC" by the decision of the extraordinary General Meeting of shareholders of the company dated 24 April 2019.

The new head went in JSC "UGC" as Deputy Minister of agriculture of Russia. He also has significant experience in the financial sector. Since 2007, he held senior positions in the largest Russian banks – Rosselkhozbank and VTB.

Dmitry Patrushev noted the high professional skills of Dmitry Sergeyev and stressed that at present, the JSC "UGC" there are serious challenges to active participation in the development of grain market infrastructure, improve business processes and increase efficiency, to strengthen control over the safety of national grain stock.

In turn, Dmitry Sergeyev noted that JSC "UGC" will continue to fully carry out the state tasks in the sphere of regulation of the grain market and increase its export potential.

JSC "UGC" acts as agent for state procurement and commodity interventions. The company carries out trading-purchasing activity on the domestic grain market in the framework of national food security and support of agriculture of Russia.

Последние новости
22:15 "Baltic leasing" continues to accept applications for the conditions of the programs of the Ministry of industry and trade of the Russian Federation
17:03 Vegetable crisis: the greenhouse sector is at risk of bankruptcy
16:49 GC "Yug Rusi" tender: "Supply REC.parts for repair of combines, OOO "KZ "Rostselmash" in 2020" for the needs of LLC "Agrosoyuz Yug Rusi" and its branches.
16:48 GC "Yug Rusi" tender: "Repairs interior and exterior surface of the brick of the chimney H=78,84 M., CHP" for the needs of JSC "SWC "Krasnodar"
16:01 Despite the outbreak of a pandemic, the fishing industry has not suspended its activities
15:08 AGROSILA completed sowing of spring crops on the area of 135 thousand hectares
14:04 Expanded the list of agricultural products for discounted fares
13:01 Association "Rosspetsmash" proposed a package of measures to support industry
12:04 Will support the Commission of the EAEC Russia to ban the export of sunflower seeds until September 1
11:02 The company Expo Solutions Group will take part in the online exhibition the Zhejiang Online Seafood Trade Fair
10:07 Product strategy. Whether import substitution to save from the problems of world trade caused by the pandemic coronavirus
09:04 The President of the NRA of the Roots of bizdev: 4 month insurance of plant increased 5 - fold to $ 469 million rubles
08:01 Russia: Spring grain crops are sown on 80% of the area
17:00 Monthly review of the market of oilseeds in may
16:05 New self-propelled sprayer Massey Ferguson® 9335 available in leasing
All news