Thursday, 16 May 2019
Russian machine builders met with the best students of the leading University of Germany
Association "Rosspetsmash" in Moscow organized a round table with participation of Russian manufacturers of specialized equipment and the best students-bachelors and masters of economic faculty of the Munich University named Ludwig-Maximilians. 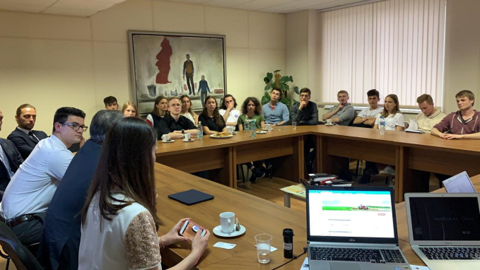 Economic student Association of the University, which is one of the leading and largest educational institutions in Germany, earlier appealed to the Association asking for help in meeting with machine builders of Russia.

Among the main topics – the state and prospects of Russian market of specialized engineering, as well as its individual players, the expansion of exports, innovation and the prospects for international cooperation.

Members of the student Association budget Munich University named Ludwig-Maximilians thanked the Association "Rosspetsmash" for the organization of the round table and expressed hope for further cooperation, including in the direction of collaborative research.