Tuesday, 21 May 2019
Complete humanity's transition to a plant-based diet would require a huge soybean production
According to a new study, the possibility of complete replacement of animal protein in human diet is limited and will require major changes in the structure of global agricultural food systems 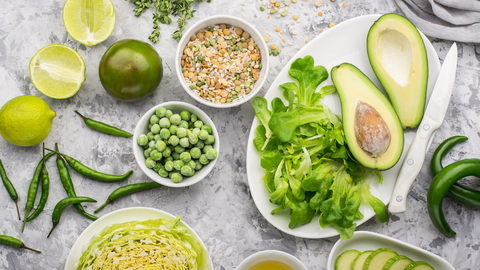 A study published in the journal Frontiers, shows that the expansion of the supply of lysine, plant-based will mean an increase in soybean production outside its main production areas in Brazil, USA and Argentina.

Lysine is one of the amino acids necessary for human nutrition, and if you consider veganism and vegetarianism as a food model of the future, it would be necessary to establish a sustainable supply of mankind lysine.

Currently, the production of lysine, plant-based, which can be considered as a substitute for lysine in animal-based, is mainly from soy beans that are grown and imported from a small number of countries.

For example, the amount of lysine produced at present from all other leguminous protein crops such as beans and peas, is less than one-fifth of the number of lysine soy-based, that is unable to meet global demand.

Therefore, in addition to the mass cultivation of soy, there are alternatives in the form of increased production of other legumes, rich in lysine, or production of lysine from plant sources not currently used (oilseeds).

The study's lead author, Dr. Ilkka Leinonen from the Scottish agricultural College, said that the transition to a plant-based diet "may not be as simple as previously thought".

"All of these options will require major changes in the structure of global agricultural production with tangible consequences because alternative crops will require a much greater land area to produce the same amount of lysine, which gives soybeans," said Dr Leinonen.

Последние новости
09:04 Called the number harvested of grain in Russia
08:00 "Black CA" appeared on the market of organics
16:02 Industry-production of edible insects is a lot of uncertainty and dreams
15:03 The agricultural sector lacks funding
14:09 Abramchenko: Farmers will be allowed a year to pay for loans
13:08 Farmers will receive a deferment of payments on subsidized loans
12:02 Arrived: robots are employed in plant breeding
11:06 Of all employed in the fields of Rostov region combines 90% of machinery Rostselmash
10:08 The HARVEST 2020: July 10 produced 18.8 million tons of grain
09:01 Rosselkhozbank has provided a digital ecosystem for farmers on the "all-Russian field day in 2020"
08:02 НОВАЯ РАЗРАБОТКА ТАУРАС-ФЕНИКС. Автоматический укладчик в картонные упаковки SPM-HAS 200
17:00 Bacteria and phosphorus: how to solve the problem with phosphorus starvation of plants
16:07 July 12 — day of the fisherman. A selection of interesting facts and publications on the topic
15:04 The HARVEST 2020: on July 9, produced 16.6 million tons of grain
14:04 Biopesticides are becoming strategically important
All news