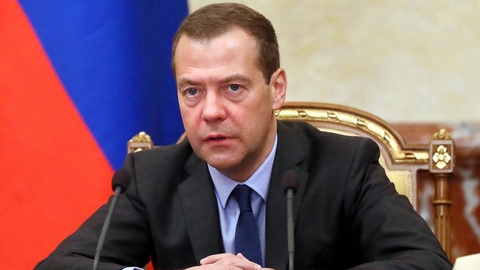 "Medvedev in Voronezh will hold a meeting of the government Commission on agriculture and sustainable rural development. The meeting participants will discuss the main directions of development of the state program of the Russian Federation for the integrated development of rural areas", — stated in the message.

The main objectives of the draft state program are the preservation of the share of rural population in total population of Russia at least 25.3 percent in 2025, achieving a ratio of the average disposable resources of rural and urban households up to 80% in 2025, increasing the share of the total area of the arranged well dwellings in rural areas to 50% in 2025.

The session will be attended by Deputy Prime Minister Alexei Gordeyev, Minister of agriculture Dmitry Patrushev, the Minister of labour and social protection Maxim Topilin, as well as representatives of other departments, heads of regions and heads of the profile enterprises and organizations.

Also in the framework of the working visit of Medvedev will take part in the Forum of rural deputies of the party "United Russia" and will hold a reception of citizens in the regional public reception of Chairman of the party. The forum will discuss issues of rural social development and the draft state program "Development of rural areas", prepared by the Ministry of agriculture on behalf of President Vladimir Putin.

The forum will be attended by over 250 people, including the Secretary of the General Council "United Russia" Andrey Turchak, head of the faction United Russia in the state Duma Sergey Neverov, first Deputy head of the agricultural Committee of the state Duma, coordinator of the United Russia party project "Russian village" Vladimir Plotnikov, Belgorod Governor, Chairman of the public Council of the project "Russian village" Yevgeny Savchenko, other state Duma deputies, representatives of ministries and deputies of rural settlements of the Voronezh, Tambov, Lipetsk, Orel, Kursk and Belgorod areas: farmers, teachers, doctors, social workers.

The forum participants will be able to participate in three panel discussions. After a plenary meeting of the forum in which the Prime Minister will present the proposals developed in discussions.

Moreover, Medvedev will visit several social objects of the region and met with Governor Alexander Gusev.

In October 2018, Russian President Vladimir Putin instructed the government until June 1, 2019, to develop and approve the state program on development of rural areas. In early December, 2018, Deputy Prime Minister Alexei Gordeev suggested that the state program of rural territories development in the status of a national project.