Monday, 27 May 2019
ASF threatens the French manufacturers of deli meats
Since the beginning of March prices on French live pigs increased by 24%, while some of the ingredients used for the manufacture of meats, such as salami, boiled and cured ham - 30%. According to industry associations FICT, producers will be hard to convince customers to buy products at inflated prices. 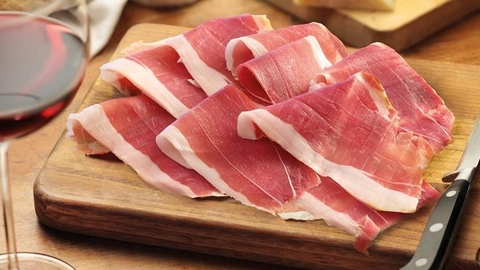 Since August last year the African plague of pigs has spread to every province of mainland China, killing millions of animals and prompting China - the world's largest pork producer - to turn to import in the beginning of this year. Exports to China from the EU in the first three months of 2019 increased by 25.9 percent compared to the same period last year. It has become a powerful driver of growth of prices for pork in France.

"This price increase is a burden on the French meat processors, as business deals were signed before the jump in prices, and now we have to convince clients to take their increase", - said journalists the Chairman FICT Bernard Vallat, former head of the world organisation for animal health (OIE).

Transactions between suppliers and retailers are discussed once a year in France and close at the end of February. Buyers are not obliged to accept the price increase after that without a special clause in the contract. If the retailers do not agree on the rise, the industry is threatened by bankruptcy.

France is tied with the Netherlands for the title of the third largest manufacturer of sausages and hams after Spain and Germany. According to Vallata, about 30 percent of French manufacturers of deli meats have suffered losses in 2017 due to rising prices for raw materials, and this proportion is likely to remain stable in 2018.
"We expect that the crisis will last, because the situation is not controlled in China, and it will take time to restore reserves," said Vallat.
According to official data of EU, published on 23 may, the average price of pork in the European Union last year grew by 21.9 percent, with a sharp increase recorded since the beginning of March.