Tuesday, 28 May 2019
7 words that will change the future of domestic agricultural equipment until
To deal with a legal case preventing the location of the infrastructure agrovila on agricultural land, called the Fund for the promotion of agriculture. With this proposal, the specialists turned to the relevant Department. 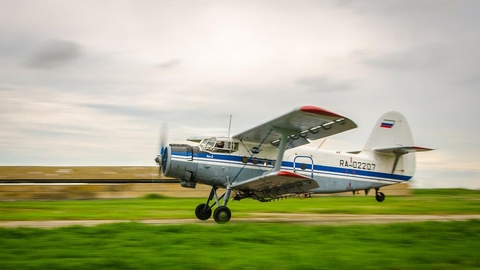 Landing area (runway) used in the conduct of aviation-chemical works in agriculture, in most cases, be located on land for agricultural purposes. This is due to the production necessity - at the least remove the takeoff and landing of aircraft from areas of processing significantly increases the efficiency of aviagarant and safety.

However, the current classification of types of permitted use of land plots, approved by the order of Ministry of economic development No. 540 dated 01.09.2014, does not give an accurate indication of the legality or illegality of the placement and use of such runways, causing legal disputes between the operators of the runway and bodies of state Executive power in the regions.

"We started work on this issue with the Ministry of economic development to resolve the situation. A total of 7 words that we offer to complement the Classifier, can significantly simplify life for operators and give impetus to large-scale use of "flying tractors" farmers", - commented the President of Fund of assistance to development of agriculture Klim Galiullin.