Wednesday, 29 May 2019
Russia and Turkey: what's new in agrostroitel?
Dmitry Patrushev discussed with the head of the agricultural Ministry of Turkey the issues of bilateral cooperation in agriculture 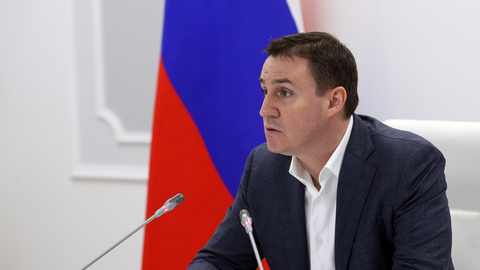 According to Dmitry Patrushev, for 4 months in 2019 the turnover of agricultural products and food between the countries increased to $ 1.2 billion.

The development of trade contributes to the close cooperation of agricultural ministries of Russia and Turkey. So, in April our country decided to increase the quota for the import of Turkish tomatoes to 150 thousand tons. The work on accreditation and extension activities, fish and dairy companies in Turkey, in particular, over the past few months was further certified by two fishing companies.

In addition, the parties discussed the issue of supply of Turkish products to Russia through the sea port of Kavkaz, which is due to the reconstruction of the checkpoint port of Noumea can get an additional download.

Tomatoes and other vegetables, and also fruit and fish – the main agricultural products, supplied to the Russian market of Turkey. Russia exports to Turkey mainly cereals (wheat and maize) and sunflower oil.

During the event, Dmitry Patrushev noted that in addition to bilateral trade, countries also need to develop investment and scientific-technological cooperation in the agricultural sector and to expand the list of promising new projects as well as proposed to hold in the near future Third regular meeting of the Executive Committee on agriculture.

Последние новости
22:15 "Baltic leasing" continues to accept applications for the conditions of the programs of the Ministry of industry and trade of the Russian Federation
17:03 Vegetable crisis: the greenhouse sector is at risk of bankruptcy
16:49 GC "Yug Rusi" tender: "Supply REC.parts for repair of combines, OOO "KZ "Rostselmash" in 2020" for the needs of LLC "Agrosoyuz Yug Rusi" and its branches.
16:48 GC "Yug Rusi" tender: "Repairs interior and exterior surface of the brick of the chimney H=78,84 M., CHP" for the needs of JSC "SWC "Krasnodar"
16:01 Despite the outbreak of a pandemic, the fishing industry has not suspended its activities
15:08 AGROSILA completed sowing of spring crops on the area of 135 thousand hectares
14:04 Expanded the list of agricultural products for discounted fares
13:01 Association "Rosspetsmash" proposed a package of measures to support industry
12:04 Will support the Commission of the EAEC Russia to ban the export of sunflower seeds until September 1
11:02 The company Expo Solutions Group will take part in the online exhibition the Zhejiang Online Seafood Trade Fair
10:07 Product strategy. Whether import substitution to save from the problems of world trade caused by the pandemic coronavirus
09:04 The President of the NRA of the Roots of bizdev: 4 month insurance of plant increased 5 - fold to $ 469 million rubles
08:01 Russia: Spring grain crops are sown on 80% of the area
17:00 Monthly review of the market of oilseeds in may
16:05 New self-propelled sprayer Massey Ferguson® 9335 available in leasing
All news