Friday, 31 May 2019
British farmers are afraid of losing the tools to protect the harvest against the background of population growth
To talk about farming without pesticides is good in theory, but in practice... 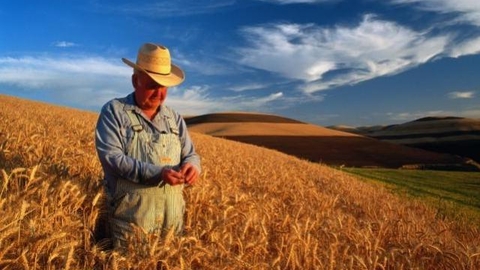 British farmers evaluate the prospects for agriculture in the future, where tools to protect the crops will be significantly reduced on the background of growth of the population of the UK to 73 million people by 2040.

For production of adequate and safe quantities of food for a growing population, the use of agrochemicals has become an integral part of farming for farmers and complexes.

However, this effective tool is becoming less affordable for farmers, as increasing the list of prohibited active ingredients, while the public is against the use of any agrochemicals.

Theoretically, represent the future of agriculture without pesticides is possible, but in practice this is unlikely to happen in the near future.

On the background of reasoning of the farmers, the British Council for the development of agriculture and horticulture (AHDB) has urged the industry to adopt a fully integrated approach to the control of pests, weeds and diseases to support sustainable agriculture in the long term.

The head of the Department of plant protection AHDB John knight said that the pests are rapidly developing resistance to existing measures of protection of plants, and this is a dangerous trend due to the reduction in available pesticides.

"Our farmers are more than aware of the fact that there are hundreds of types of weed, disease and insect-eating, which would seriously affect the profitability of production of agricultural products of high quality. An integrated approach to pest and disease should become not an option but a rule for all," he said.

Industry partners and government regulators to obtain approval for a new, sustainable methods of protecting crops and the environment. Although new – is well forgotten old. For example, farmers are reminded that use sulfur as a natural fungicide, at least 2000 years.

However, while the majority of British farmers without enthusiasm perceive the Council to replace the highly effective synthetic pesticides sulfur, although not refuse to apply organic methods of crop protection. But in combination with agro-chemicals.

Assessment of the Food and agriculture organization (FAO) show that up to 40 percent of the world's harvest is lost every year due to pests, weeds and diseases.