Tuesday, 11 June 2019
"Black Monday" for Polish vets
Today, the employees of the veterinary Inspectorate of Poland started demanding promised by the Minister of agriculture a salary increase and implementation of system solutions for the control of ASF. They came to work in black shirts and is ready to strengthen the protest. 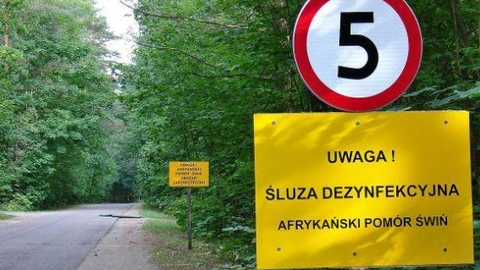 The Board of the national Union of employees of the veterinary Inspectorate adopted a resolution on strengthening the protest last Friday. In addition to clothing in a black outfit, some veterinarians brought with them banners. The Union demands that the Minister of agriculture immediately available previously promised 40 million PLN on increase of salaries, which was supposed to happen before the end of the first quarter of 2019.

Veterinarians promise that if the government doesn't react, they will block the roads, to declare a hunger strike and carry out other protests.

- Intensity of protest activity will depend on the reaction of the Ministry of agriculture, which is subject to veterinary inspections. We are ready for negotiations and the joint solution of existing problems, - said in a press release sent to the media, Sara Meskel, Chairman of the all-Poland trade Union of employees of the veterinary inspection.

- We want to bring to the attention of the public that the veterinary Inspectorate is the institution responsible for the health of people and animals, the safety of all products of animal origin, multi-billion dollar agricultural market and the export of Polish food. Without quick and bold decisions we are facing a serious crisis. The veterinary inspection staff leave work and new do not want to settle for low wages - say Union members in a letter to the authorities.

In the requirements they produced in December, said the introduction of system solutions for the control of ASF, including additional staffing, assurance of full payment for overtime work and ensuring adequate healthcare for employees.