Friday, 14 June 2019
Canada will send farmers 113 million U.S. dollars to compensate for the ban on export of canola to China
Previously importers in China ceased to buy in Canada seeds canola 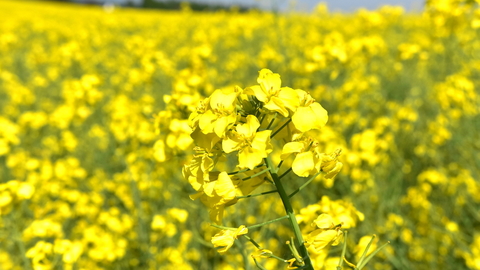 The government of Canada has allocated 150 million canadian dollars ($113 million) to support farmers in connection with the ban on imports of canadian canola to China, reports TASS with reference to the joint statement of the Minister on the diversification of international trade James Carr and Minister of agriculture and food industry, Marie-Claude Bibo made on Thursday.

The document notes that 150 million canadian dollars will be directed "to support canadian exporters of canola". "This assistance will help them to reduce the risks associated with entering new markets (sales)," said the Ministers.

As reported previously, Chinese importers have stopped to buy in Canada seeds canola.

In particular, Beijing has excluded two major canadian agrotrader from the register of exporters that are allowed deliveries of canola into the country. The PRC government stated that the withdrawal of permission for delivery of these canadian companies is justified, because "in recent years, China customs repeatedly found harmful organisms in canola imported from the territory of Canada". Canadian Prime Minister Justin Trudeau called such actions of China in relation to Canada's "wrong".

Experts link these measures with an increase in political tension in relations between the two countries in connection with the conflict around the company, Huawei and, in General, with increasing contradictions in global trade.

China is the world's largest importer of canola is a canadian variety of rapeseed, which produces a vegetable oil low in erucic acid. Oilseeds are one of the main products of canadian exports to China.