Monday, 17 June 2019
COFCO collects the grain, the Corporation may purchase 25% of the KSK grain terminal
On the Russian grain market continues to consolidate. The Chinese COFCO Corporation began negotiations to acquire a 25% KSK grain terminal in Novorossiysk, the group "Business", Sergey Shishkarev. This may be the first such asset COFCO in Russia. 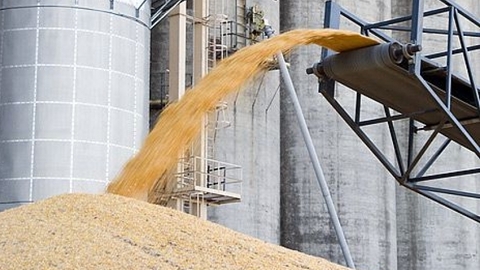 That the Chinese company COFCO in talks to buy 25% of the grain terminal JSC, Novorossiysk KSK, in Friday said the Agency Reuters, citing three sources. This is also heard and the source “b” in the grain market.

The handling capacity of KSK — 3.5 million tons of grain a year. He ranks third in Russia according to this indicator, after Novorossiysk Kombinat KHLEBOPRODUKTOV (NGP) and grain terminal complex "Taman". The main owner of KSK stands FESCO (part of the group "Business" of Sergey Shishkarev).

Another 25% minus one share owned by Cargill, writes Reuters. Cargill in a possible transaction with COFCO is not involved, says Kommersant's source. The "reality" and Cargill declined to comment. Contact a representative of COFCO failed.

At COFCO today, there are port facilities for transshipment of grain in Russia. Kommersant's source in the grain market assesses the value of CSC of approximately $100-150 million. Thus, over 25% of Corporation can pay $25-37. 5 million

According to the source “b”, with the growth of export of Russian grain's own capacities are becoming an increasingly important element for the largest traders, allowing you to have a guaranteed supply.

On the Russian grain market is actively consolidating. So, a single grain operator creates VTB. In August 2018, the Bank repurchased 22,25% of NGP, then increasing its share to 33.18%. In February 2019 VTB acquired a 50% minus one share of United grain company (UGC), which, in turn, controls 51% of the NGP. Thus, VTB has close to the full consolidation of the plant.

In the same month, the Bank bought the Novorossiysk commercial sea port Novorossiysk grain terminal. In addition, VTB agreed to buy a controlling stake GK RTK, which includes the largest operator of grain transportation by railroad — "Rusagrotrans". And in June it became known that the Bank became the owner of a controlling stake in the company "of Myrogroup Resources", which is among the ten largest exporters of grain.