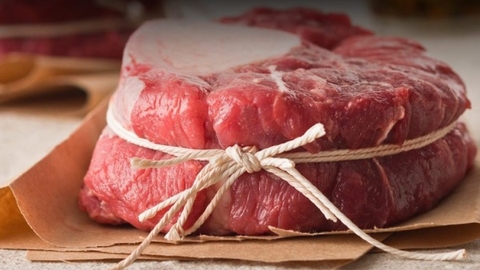 As reported "Interfax" the press-service of the Department, he is coordinating the work on expansion of access of Russian products to the markets of Asia.

"Today, the volumes of Russian animal products to the Chinese market do not match the potential of trade relations between the two countries. Members of the operational headquarters, first of all producers, their willingness to significantly increase exports to China, primarily of pork," - said in the service.

However, in China, there are restrictions imposed earlier on a number of dangerous animal diseases, and issues associated with their removal, are solved very slowly. In particular, up to the present time, the Chinese side has not recognized the principles of regionalization of Russia at the ASF, although approved by the Russian side drawn in 2016, said the press service. To address issues of access of Russian products on the Chinese market consultations of the leadership of the agrarian agencies of the two countries.

So, during the meeting of Deputy Ministers of agriculture of the Russian Federation and China in April this year, the Chinese Ministry reported on the supply of pig products from ASF prosperous regions of Russia, provided her security. The meeting was provided with data areas of Russia and enterprises with a high level of biological protection of the ASF.

In may, Beijing hosted a meeting of representatives of the Supervisory authorities of the two countries. On it the Russian side shared their experience of applying the principles of regionalization, compartmentalization and electronic veterinary certification as the basic mechanisms for guaranteeing the supply of safe in veterinary and sanitary products. In addition, the Chinese colleagues were sent a letter inviting them to visit Russia to get acquainted with the system of monitoring and epidemic situation as well as to inspect the number of enterprises producing pork.

Report on the promotion of the Russian pork market of China, the Ministry of agriculture has sent to the government. Instructions to prepare a document for the June 18 - was given by the Prime Minister Dmitry Medvedev on the results of the investment forum in Sochi.