Wednesday, 19 June 2019
Farmers expect an increase of harvest of grain and oilseeds in Ukraine
According to the Ukrainian grain Association, the production of these crops in the next three to four years may increase to 100 million tons and exports - up to 70 million tons. 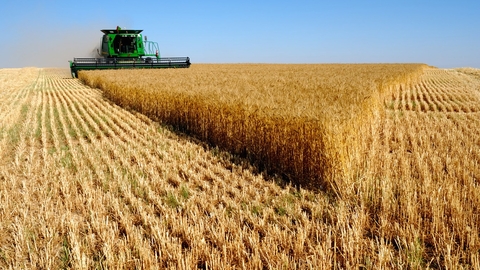 This was announced by the head of the Ukrainian grain Association (UGA) Nikolay Gorbachev at a press conference in Kiev.

At the same time, Gorbachev said that this year, the leader in productivity began in the Western region.

"If we look at our prospects for the next 3-4 years, the production of these crops may reach 100 million tonnes and exports 70 million tons."

Gorbachev stressed that the effective development of infrastructure in Ukraine, these figures may be even higher.

As UNIAN reported earlier, the grain harvest in 2018 amounted to a record 70.1 million tons.