Thursday, 20 June 2019
Agrarians of the southern Urals getting ready to storm the markets of China
At hardware meeting with heads of municipalities the head of the Chelyabinsk region Alexey Teksler discussed the export growth rate Chelyabinsk oblast have finished the sowing. Spring crops sown in the region of 1 million 723 thousand hectares of arable land. It is 19 thousand hectares more than last year. 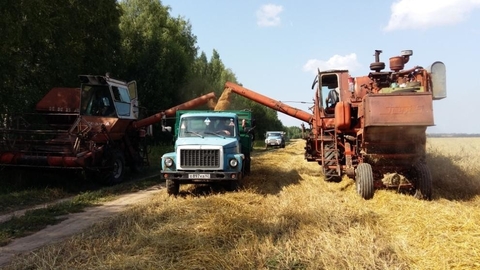 About the prospects of increasing exports, the head of the region Alexey Teksler asked the acting Minister of agriculture of the Chelyabinsk region Alexey Kobylin at the staff meeting:

- In the framework of the national project in agricultural exports is a specific branch. We set fairly ambitious goals: by 2024 2.7 times increase in exports. That is, how do you assess the prospects with regard to seeding this and the next plans?

Kobylin explained that one of the most popular on the foreign market position oilseeds. The region has added to the acreage of these crops – 37.6 thousand hectares of Sunflower, canola, flax sown nearly 200 thousand hectares, which is 10 times more than a few years ago. Not at the expense of grain.

- Our producers are in the process of entering in the register of suppliers, including in China. In the second half of the year will open the market for pork meat, ' said Kobylin.

On Friday, June 21, in Chelyabinsk will the Minister of agriculture of the Russian Federation Dmitry Patrushev. As said Alexey Teksler, it will discuss all important for agriculture in our region questions