Thursday, 20 June 2019
Market grain freight Russia began to revive
In the 24th week of Azov region tended to increase freight rates at the end of June beginning of July. According to reports from a significant part of Shipowners in the market there are offers at $ 26 per ton on the basis of wheat from Rostov to the Marmara (which is $ 10 above the current operating level). Therefore, Shipowners are trying to keep the fleet on the short arm, so as not to miss the moment when the market will be a new crop and rates will start to actively grow. 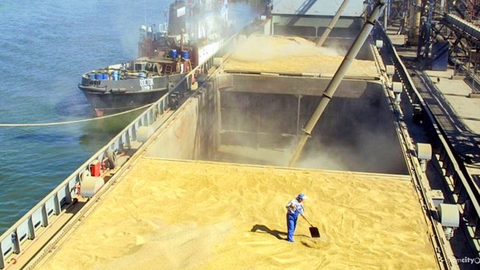 The long direction already traded with additional premium. Selling goods from the Mediterranean and the Black sea to Rostov also began to be quoted higher due to the shortage of tonnage of river vessels in the Eastern Mediterranean sea.

According to Exporters, on the basis of price in the domestic market and the fact that traditionally the grain from the southern regions of the Russian Federation is shipped mainly from Novorossiysk, or the RAID of the Caucasus, barley shipments from the Azov ports will not be sufficient to justify the mood of the Owners at high rates in the first half of July.

Major Charterers continue to consolidate the Navy under its contracts for the grain season or more consecutive flights at a fixed rate to protect yourself in case of a sharp rise in the market.

Business activity Turkish Importers is still low. This is due not only to fluctuations of the national currency and reduction of demand on Turkish flour in the international market. The Turkish millers, there is no need to purchase wheat.

A more complicated situation in the Caspian market. For many players it all also remains the difficulty in dealing with Iran, prices for cereals are reduced. But those companies that have found solutions to problems with mutual settlements, behave in a very confident and aggressive in the product market, and for Shipowners this is reflected in the fact that interest rates have stopped falling and there is a minor growth dynamics.

In General, all players operating in the Caspian region, agree that the market will be unstable and prone to high volatility for a long time due to high uncertainty concerning Iran and the geopolitical situation. Therefore, in contrast to the usual practice of making long contracts, and Charterers prefer to take boats on the spot basis.