Monday, 24 June 2019
Chile increasing the area under walnut to 2 million ha per year
Exports of walnuts in the European Union has very good prospects 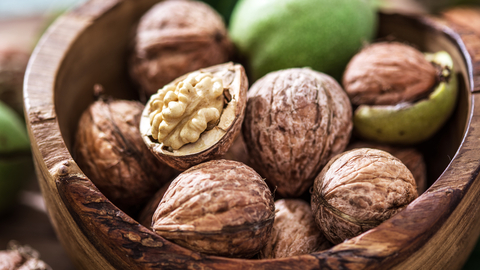 Europe is the largest importer of walnuts in the world, in fact it accounts for almost half of all world imports. This boom is due to the trend towards healthy eating: the product is advertised as "good for the brain" and omega 3 rich.

Import walnut in the EU has increased over the last five years at an annual rate of 11%, in terms of both cost and volume.

Already in 2017, imports reached a record value of 1.1 billion euros and amounted to 207 thousand tons (in-shell and shelled nuts).

Italy, Germany and Spain are the largest importers of walnuts and represent good opportunities for suppliers, as they together occupy 60% of the total import volume.

Other countries with a high level of consumption of walnuts per capita (Netherlands and Austria) are also promising for exporters.

In addition, in Central Europe, there are emerging markets - Poland and the Czech Republic, which also should be considered.

"In the medium to long term expected growth of the European market nuts. This increase is due to changes in the structure of consumption of European consumers, including the increasing demand for non-meat protein sources", - is spoken in the message of the Center for the promotion of imports from developing countries (CBI).

In the period from 2016 to 2017 import walnuts from developing countries had a much more significant growth than imports from the United States, mainly due to the increase of supply in Chile.

Chile is the largest supplier of this product among developing countries. In this country area, intended for the production of walnuts, expanding with the speed plus 1,500-2,000 hectares per year and it is expected that annual production will grow by 15-20%. Over the next five years, the volume of the walnut production in Chile can be about 500 thousand tons.

CBI also points out that the European Union is not self-sufficient in order to supply themselves with walnuts.

Meanwhile, major suppliers of unshelled walnuts in the region are France, Romania and Italy. In these areas the area under the nut orchards are growing, but slowly.