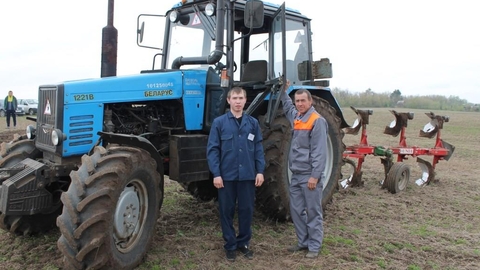 The competition per job is quite high, especially in Nizhny Novgorod and Irkutsk regions. The largest number of vacancies posted in the Krasnodar region.

"In this region, the demand for tractor grew more than across the country, by 27.4%," — said the press service.

In addition, increased the salary of tractor — 7.2%. Currently, the average wage is 38.2 thousand rubles a month.

The highest salaries are offered in the Irkutsk and Krasnoyarsk regions — 76,1 thousand rubles, and 69.3 thousand rubles, respectively. This is because due to the more severe climate, agriculture in those regions more difficult.

The lowest wages have a tractor in the Udmurt Republic (25,3 thousand rubles) and the Omsk region (20.8 per thousand).

At the same time farmers began to equip their farms with agricultural machinery 9.1% more than the year before. The demand for tractors, harvesters, threshers and other machines has increased in almost all major cities and most strongly in the Vladimir region and Krasnoyarsk region.

Informed service professionals "Avito Work" was named the city with the highest salaries for specialists in personnel management. The leaders were Moscow, Kazan and Perm.