Monday, 24 June 2019
Japan will lift a ban on import of Russian poultry meat
And Russia will buy Japanese Wagyu beef 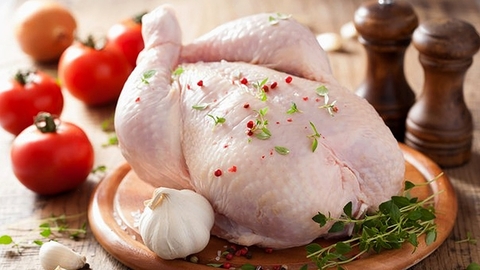 Japan plans to allow the import of poultry from Russia, to meet growing domestic demand, in the framework of the agreement on increasing the volume of bilateral trade in meat, reports RIA Novosti with reference to the publication Nikkei Asian Review.

It is expected that President of Russia Vladimir Putin and Prime Minister Shinzo Abe reached the agreement in the framework of the G20 summit in Osaka. Clarifies that Abe hopes to use this deal as another step towards achieving a peace Treaty after the Second world war.

Japan prohibits the import of chicken and other poultry from most countries because of fears of infectious diseases.

The publication reports that the government plans to conduct inspections of Russian meat at the place and during the arrival of goods in Japan to ensure its safety. It is expected to allow the import for commercial purposes and not for consumer markets, and is expected to miss only the meat from the Tula and Bryansk regions.

The ban on import of chicken is likely to be withdrawn no earlier than 2020, the newspaper writes. The Japanese government has consulted on this issue in may with the working group of the Ministry of agriculture, forestry and fisheries of the country, and it is expected that the working group will report on this topic after Tokyo and Moscow will sign an agreement.

The deal also will include the expansion of the Russian capacities on manufacture of meat products for the Japanese market, for example, sausages, and the increase in Russian purchases of Japanese Wagyu beef.

It also specifies that the approximately 560 thousand tonnes of chicken meat imported by Japan from abroad in 2017, about 70% were in Brazil, and another 20% was purchased in Thailand. Japan resumed its import of Thai chicken in 2014 after a 10-year ban caused by the outbreak of avian influenza.