Wednesday, 26 June 2019
In Crimea, started the production of the whitefeet shrimp with a plan for the year 2020 in thousand tons
The Russian market of live shrimp at any time. This has prompted investors to invest in the project about 800 million rubles 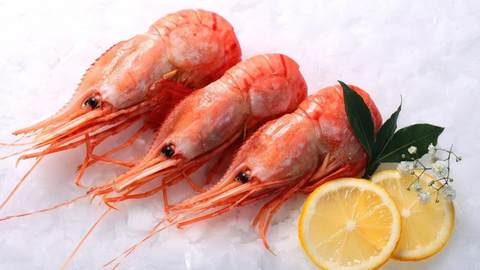 The production of shrimp started in the Crimea on the basis of agricultural production co-operative "Fishing collective farm named after Crimean partisans", the investment amounted to about 800 million roubles, has informed Agency "Interfax-South" project Manager Alexander Shabaev.

"The implementation of the project - from the planning phase began in 2015, the process of preparation to the production took nearly four years. In General, in 2015-2018, the volume of investment in the organization and modernization of production amounted to 13 million dollars", - said Shubaev.

Fishing collective farm in the North of the Peninsula until 2014 grown carp, he stopped the work after the termination of the supply of fresh water to Crimea through the canal from the Ukraine. After upgrading the pond in the 520 ha were filled with sea water.

All in all ponds planted with 18 million juvenile white-stockinged shrimp from Thailand, this year it is expected to receive 300 tons of finished products. Design capacity of 1 thousand tons per year the enterprise is going to come out in 2020.

"On the Russian market at the moment, practically no fresh (live) shrimp, the production capacity of our company is at least 10 times higher than the whole current output of shrimp in Russia", - said the head of the project.

The company intends to wholesale to supply fresh produce to the Crimean enterprises, including Moscow, St. Petersburg and Krasnodar Krai.

Production plan for next year includes the launch of additional ponds, construction of administrative building with an area of 700 square meters and the laboratory 100 sq. m. in addition, in 2020, when dealing with the issue of gas supply is possible to build an incubator for the breeding of fingerlings capacity to 60 million a year. The volume of investment is not yet known.