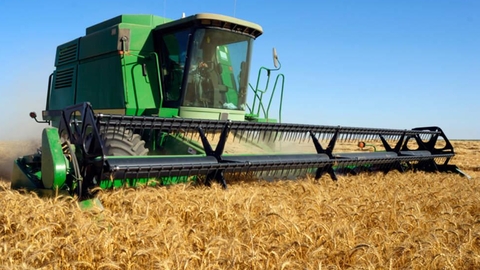 "In the Republic of Crimea harvesting campaign of early grain and leguminous crops is in full swing. In the Dzhankoysky area farmers took a good pace: has already produced over 50 thousand tons. Total in the country produced more than 418 thousand tonnes, harvested 20% of the total area, with an average yield of 31.4 t/ha," — said the head of the Ministry of agriculture of the Crimea.

The Minister also emphasized that the issue of productivity is taken on control by the Ministry and the district administration. By order of the Ministry established a working group to monitor the progress of the harvest in the Crimea.

During the event, Andrey Ryumshin visited the grounds and warehouses for storage of grain, to control the course of the harvesting campaign in Rosinska and Stalin's rural settlements.

According to the operative information of Department of agroindustrial development of the district administrations farms of the Republic in the current year have to remove more 574,39 thousand hectares of early grain and leguminous crops.