Wednesday, 03 July 2019
In Poland Achs entered into new areas
In June in Poland African swine fever virus appeared in the two districts that still were free from the disease. Informally also referred to the virus on the border of the Lublin and Podkarpackie voivodships. 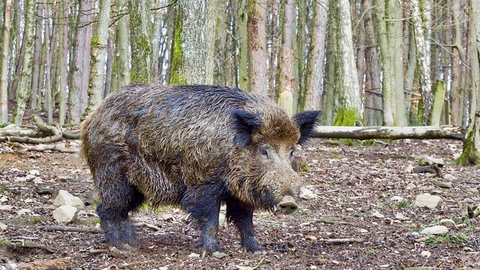 Most experts surprised by the confirmation of the presence of the disease in the tissues of wild boar, shot on site Vendruscolo district. Place of shooting of the animal was in the buffer zone (yellow zone), but within a radius of 50 km from confirmation of disease until now was not detected in any of the cases or outbreaks. This is the first in many months, a major leap of the disease in Poland, because in the last year managed to contain the disease on a relatively permanent site.

Also noteworthy is the first case of ASF in County Zamość (Lublin Voivodeship). In this area the presence of the virus confirmed in tissues of wild boar found in the territory of the parish Scherbachov. Informally also referred to the second case of the disease confirmed in this area

In addition to the above cases, the disease appeared also in other places. Most cases occurred in the Lublin Voivodeship. One case in Bialskie County, one case in Chelm County, 5 cases taken in the County, three cases in Leninskom County.

Five cases of the disease confirmed in Warmia and Masuria, they appeared in Ełk and Olecko County.

In addition to these case confirmed in the vicinity of Węgrów, Mazowieckie province confirmed three more cases of the disease. They appeared in Graecam County and Legionowski County.

Two cases of disease confirmed in Podlasie. Both appeared in related to Chynovska the County, parish Narewka.

From the map published by the Chief veterinary Inspectorate, it follows that in the last days the virus thatis also a challenge appeared on the border of the Lublin and Podkarpackie voivodships. The disease probably appeared in the vicinity of Tomaszów Lubelski, in the territory, which at the moment does not belong to any of the quarantine zones for ASF. The next clusters of ASF are at a distance of more than 55 km from the place of occurrence of the disease. This information, however, is still not officially confirmed by withinspecies, also do not know yet identified whether the disease from dead or shot wild boar.