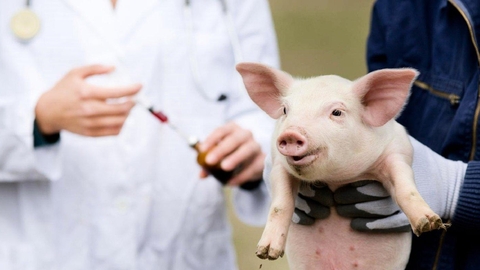 News Agency Reuters reported, citing state television of Vietnam (VTV) that the Minister of agriculture Nguyen Xuan Cuong made the statement: "I think we're on the right track, and soon we will have a vaccine."

The vaccine was developed in the Vietnam national University of agriculture with the testing in the lab and on 3 farms in Northern Vietnam.

In the initial tests, according to information from VTV, 31 of 33 animals that were administered the test vaccine remained healthy after two inoculations for several months. While the other pigs on the experimental farm have fallen from the virus. No further details about the vaccine, or the studies were not reported.

The Director, Nguyen thi LAN, said that the vaccine still needs further investigation and requires more extensive tests. Will the vaccine reliably operate in practice remains to be seen, as the virus is very complicated.

ASF was first discovered in Vietnam in February and has spread to 60 out 63 provinces of the country. According to Nguyen Xuan Kwanga, currently 2.9 million culled pigs from approximately 30 million.

In addition to Vietnam, the virus in the past year also reached Cambodia, Mongolia, North Korea and, more recently, Laos.

The Philippines has banned the import of pigs and pork products from Laos due to ASF outbreaks followed by China and Thailand, once in southern Laos has registered 7 of ASF outbreaks. The Philippines also said that introduce new biosecurity measures such as quarantine period for import of plant feed products from countries with the presence of African swine fever virus in the population of domestic pigs or wild boars.

From time to time, Chinese authorities officially reported new outbreaks of ASF to the world organisation for animal health (OIE). The latest news in this regard came with the massacre in the province of Ningxia, in Central China. In the herd of the 142 animals one pig was infected with ASF.

It is believed that the situation with ASF in China is much worse than officially reported. For example, in April, Rabobank predicted a reduction in the number of pigs in China by 25-35%, and other experts believe the numbers may be higher.

China will develop large-scale pig production and reduce the number of small pig farms in the prevention of ASF.

China's state Council said in a statement on its website that the government will provide production subsidies to large pig farms in areas that were severely affected by the disease.