Thursday, 04 July 2019
Salmon fishing season in the far East in jeopardy
On Sakhalin, the court adopted a decision in which the foremen of coastal fishing is now equivalent to the captains of the fishing vessels and are required to confirm the safety of navigation of Kurasov, levikov and other types of small vessels of the auxiliary fleet. Precedent threatens to stop fishing in the far East 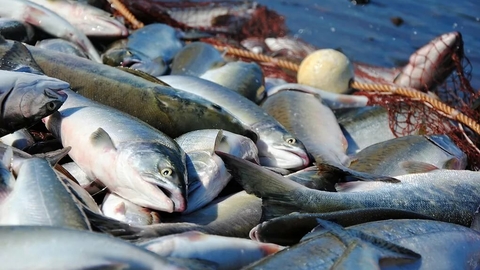 Until now, documents on the compliance of the shipowner with the requirements of the ISM code (International management code for the safe operation of ships and for pollution prevention) and a certificate of safety management (Swab) were required to have on Board only the captains of the fishing vessels. However, the border authorities of the Sakhalin region, referring to the fishing regulations in the new edition, presented the same requirements and to the team leaders of coastal fishing.

Thus, companies engaged in the Pacific salmon fishing, are obliged to ensure the availability of document of compliance and Swab on all your Kurash, motor boats, the slits, Malevich and other types of small vessels, which are used as auxiliary fleet.

Obtaining such documents is not only substantial financial costs for companies (more than 200 thousand roubles), but also time consuming. The last requirement in the period of transient salmon season is particularly acute is perceived by the fishermen.

Meanwhile, according to the Association of fishing enterprises of Sakhalin oblast (ARSO), in expeditionary detachment of rescue operations, which carries out the inspection, confirmed that in the requirements, nothing has changed: the documents listed, vessels of auxiliary fleet are not necessary and may not be issued.

"Fishermen were simply not ready for such a situation – said the President of ARSO Maxim Kozlov. – Never before has the team leaders of coastal fishing, which can be just experienced sailors, fishermen without a proper education, is not equated to certified captains". Now, he explained, every Brigadier, leaving the water without these documents being the offender.

It is also emphasized that a judicial precedent can be extended to other regions of the Far East, because the specifics of the fishery is the same everywhere.

The issue with the involvement of team leaders to administrative responsibility were announced at the first meeting of the headquarters of the salmon fishing season. Deputy Minister of agriculture, head of Rosrybolovstvo Ilya Shestakov said that the situation was unexpected and for Federal agencies, the HEADLIGHTS would look for a way out of the situation.

The fishing community has proposed to raise this issue also at the III International fishery forum, which will be held July 10-12 in St. Petersburg.