Monday, 08 July 2019
Georgian farmers are asking the authorities to establish a dialogue with Russia
A temporary ban on direct air links with Russia will affect the sales of agricultural products that will create financial problems for Georgia residents, employed in this sphere, accordingly, the authorities of the Republic must establish a dialogue with Russia, that did not happen. On Saturday said a farmer from the town of Kvareli (Kakheti region) Michael Mamisashvili in an interview to the First channel of the Georgian Public broadcaster. 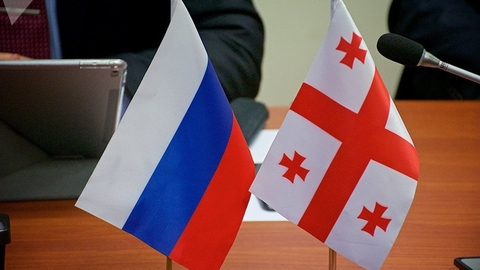 "After we developed the viticulture, began to take loans for the development of tourism, and built the cellar. In Kakheti you will not see a single piece of uncultivated land. We had built the economy, and now it is collapsing for 10-15 "nationals" (members of the opposition party "United national movement" — approx. TASS). Why should we suffer? Ahead of us rtveli (gathering of grapes), what we do with so many grapes? Our request and demand is that the government managed to establish a dialogue with Russia and to resolve this issue", — said Maisashvili.

Saturday Kvareli visit of the Minister of economy and sustainable development Natia Turnava and Minister of agriculture Levan Davitashvili. They met with farmers, growers and owners of small hotels. The meeting was also attended by head of the National administration of tourism Mariam Kvrivishvili. Officials listened to complaints and concerns of local residents involved in the tourism sector. The Minister of agriculture promised farmers to help, if they have a problem with the implementation of fruit crops.

The Minister of economy, in turn, reiterated that Georgia is a stable situation in the country with respect to Russian tourists in particular. "Foreigners are attracted to food and wine. This is evidenced by the whole world. Georgia is a unique and safe place, and one of the centers of attraction of Kakheti is", — said Turnava.

July 8, comes into force the decree of the President of Russian Federation Vladimir Putin, which he published on 21 June that the Russian airlines temporarily forbidden to engage in air transportation (including commercial) citizens from the territory of the Russian Federation on the territory of Georgia. On the same day, shall come into force and the decision of the Ministry of transport of Russia from June 22 to suspend flights of Georgian airlines to Russia.

The decision of the Russian authorities was made after 20 June in Tbilisi at the Parliament building began large-scale protests. The reason for them was the session of the General Assembly of the Interparliamentary Assembly on Orthodoxy (IAO) held in the Georgian Parliament. Following the approved Protocol, who headed the Russian delegation, state Duma Deputy and President of map Sergey Gavrilov took the speaker's chair. Unhappy with this fact, the opposition disrupted the event and brought people to the protest with anti-Russian slogans, ended with the attempted storming of Parliament.