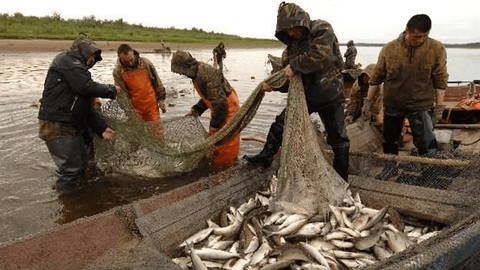 According to tradition, the highest performance was shown by the Taz, Novoportovskoye, Gorkovskiy Aksarkovskoe fisheries and fishing enterprise. They give the bulk of the mining industry, the official website of the Ministry of agriculture of the Russian Federation.

It should be noted that in the current year, the County government has grant support as a fishery and fish processing enterprises. Grants were distributed according to the results of the competitions. Owners were Gorkovskiy factory, Salekhard plant, KFKH Olejnik. The first enterprise will allocate funds for the modernization of the production base, the second — for the purchase of equipment for processing of waste: it is planned to develop the production of fish meal. KFKH Oleynik plans to start realization of the project of aquaculture on the river Sob, and begin production of commodity trout.

It is important that due to the inter-municipal grants in the past year has been repaired 10 vessels, which are primary processing Villenoy fish. This year it is planned to repair 14 more of such vessels — in Shuryshkarsky, Priuralsky and Tazovskiy districts.

This year, for the first time in many years in Baidaratskaya lip started fishing for salmon trout and Arctic Cisco. The fishermen intend to catch about 40-50 tons of this valuable fish.