Tuesday, 16 July 2019
Flies can carry African swine fever in the pig
The Danish researchers came to the conclusion that pigs can become infected with the virus of African swine fever by eating infected flies. This may explain the outbreaks of ASF in the summer on farms where there is a high level of Biosafety, such as in the Baltic States. 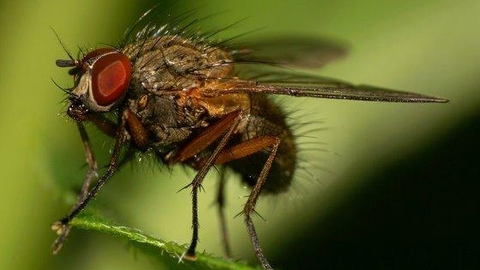 It is known that blood-sucking horse flies are the so-called "mechanical vectors" viral pathogens. These flies live in semi-aquatic habitats, where they can connect with ASF infected wild boar before you enter the pig farm. Flies are large enough that pig they chased and ate or accidentally swallowed during feeding. This can be a way of spreading the virus from wild boars to farmers ' herds and may explain the large outbreaks in Europe during the summer months.

Dr. Rene Becker worked with herds in the Baltic States and other Eastern European countries that are infected with ASF virus. He spent a long time trying to find a pattern in the factors that can influence the spread of infection between herds. Now experiments have shown that the pig is easily infected Achs by eating flies that feed on blood with the contents of the virus.

However, according to the doctor, one can argue that such a scheme is easy to implement in herds. The path of infection is influenced by many factors on the farm, and probably this explains the inconsistent spread of infection observed between herds in the countries of ASF. More research is needed to fully understand the pattern of spread of the virus.

Meanwhile, without waiting for the results of new experiments, some breeders are already installed in the ventilation system filters from the flies.