Wednesday, 17 July 2019
IN THE FEDERATION COUNCIL PROPOSED TO FOLLOW THE DEVELOPMENT OF THE LAW ON ORGANICS
In Russia you need to create your own "green" brand, but you cannot cause confusion among consumers between organic products, which will be made without any chemicals a new law on organic and eco-friendly, the production of which will be able to make use of some agrochemicals, as I propose to do in the Ministry of agriculture, said Deputy head of the Federation Council Committee on agrarian and food policy and environmental management Sergey Belousov. 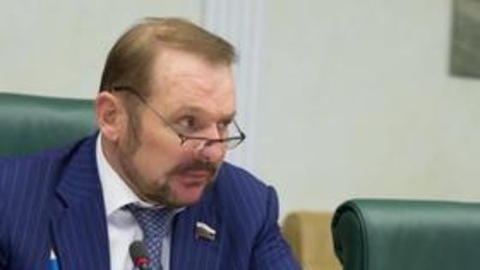 The Senator proposed to create the Committee, a new working group to agree on these issues.

Belousov sent on 16 July to the Chairman of the Committee Alexei Mayorov letter with a proposal to establish a working group under the Committee for monitoring the development and adoption of normative legal acts necessary for the implementation of the law on organic products. She can start work in the autumn session.

As recalled by the MP, in 2018, was adopted the law "On organic production", which should enter into force from the beginning of 2020. Now the government and regional authorities to develop it regulations. The document specified standards of production, storage, transportation, labeling, and sales of organic products, including cannot be used in the production of agrochemicals, pesticides, antibiotics, growth stimulants for animals, hormonal drugs, except permitted by the applicable standards. Belousov pointed out that the law intended to solve the problem when the prefix eco -, and bio nutrition was used as a publicity stunt, often without any Foundation.

Meanwhile, the Ministry of agriculture has drafted a new bill that could nullify those efforts, said the Senator. The initiative was placed on the portal of legal acts. The document proposes to introduce the terms "organic" and "organic agriculture", to allow for their production fertilizers, some chemicals of plant protection products, feed and food additives that are prohibited by the law on organic products.

"It turns out, the designation "organic" and "eco" are not the same, although submitted to identical," — said Belousov. In his opinion, this may mislead the citizens as to the layman "organic" is synonymous with safe, healthy and natural products. Besides, such language can cause misunderstanding in the international market.

The Senator believes that the development of secure domestic brand of environmentally friendly "green" products, on the creation of which operate in the government on behalf of President Vladimir Putin, has excellent prospects. As noted by the head of the state brand intended to serve as a guarantee of high quality and on domestic and foreign market. However, to achieve this goal, it is important to avoid confusion in terminology, before the entry into force of the adopted law on organic agriculture, says Belousov.

In this regard, the MP proposed to establish a working group to study and linkage of all standards with each other and discuss secondary legislation to the law on organic products with a well-designed system of implementation and control. "Otherwise, the law on organics can die without taking action," — said Belousov.