Wednesday, 24 July 2019
The Ministry of agriculture urged to reduce the prices of "seafood"
The price of fish is rich in these natural resources the country should be available to citizens regardless of the situation on the foreign market, I'm sure the Chairman of the Federation Council Valentina Matvienko. Senators will take this issue under control. 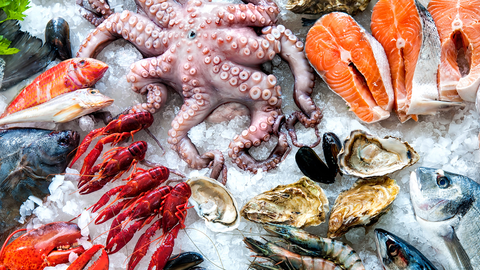 On Tuesday, the head of the Ministry Dmitry Patrushev at the "government hour" in the upper house of Parliament spoke about the development of the fisheries industry. According to him, last year the industry showed growth on all indicators. "The catch of aquatic bioresources increased and exceeded 5 million tons. This is a record for the past 26 years," he said. The validity of the sectoral programme extended to 2024, therefore, the government will continue to support the enterprises of the fishing industry. The Ministry of agriculture and Rosrybolovstvo has decided to extend concessional loans for the construction, reconstruction and modernization of aquaculture infrastructure. This will improve the fishing and increase its consumption in Russia.

To solve the problem of high prices for fish should not command methods, and by analyzing costs for the entire chain of production

But for all the successes available to domestic fish on the shelves is not enough, said Valentina Matvienko. "Fish do not deliver to the Central regions, because we do not have refrigerators in the country, because we have the railroad, or rather, private companies from the iron hearse - at the time of the fishing season and the active period so raise tariffs and that the price of the fish is Golden," she said. "That's what someone in the country is responsible, or it will be so spontaneously? A lot is done, but people should feel the results of state support in the form of products on the shelves and reduce prices," - said the head of the Federation Council. Deputy Minister of agriculture, head of Rosrybolovstvo Ilya Shestakov said that there really is a problem with the refrigeration capacity and specialized trains. In addition, fishermen are more profitable to sell the catch abroad. The Department has prepared amendments to the Tax code, to give preference to those enterprises which supply products to the domestic market.

Valentina Matvienko is sure that to solve the problem of high prices for fish should not command methods, and by analyzing the cost of the entire chain of production. The economic policy Committee, mandated to undertake in the autumn a separate extended sitting on prices at the fish market, and the results are to be reported to the house in plenary.