Friday, 26 July 2019
Experts BIP call back the state control over the use of pesticides in agriculture
Experts of the Russian popular front calls on the Federal government to establish control in the sphere of turnover of pesticides and agrochemicals. The situation with the mass death of bees may be associated with excessive use of agrochemicals, posing a threat not only to the business owners of apiaries, but also the health of consumers of their products. In addition, experts of the popular front for fear of yield reduction of crops that bees pollinate. 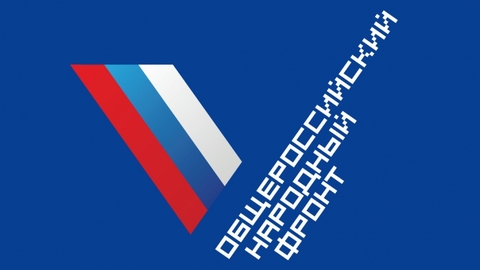 According to the agriculture Ministry, in June-July this year killed 35 thousand to 300 thousand bee colonies. This is the situation in 24 regions, in particular in Kursk, Lipetsk, Ryazan, Saratov region, Bashkortostan, Mari El, Mordovia, Altai Krai.

"Honey bees have become a kind of signal that have created the alarming and unsafe situation for the people. Today there is no control by the state over the manner in which implemented, apply pesticides, whether they are fake, the use of cheap drugs to save agricultural producers. Beekeepers of upcoming treatments fields are alerted once in the local newspaper, but no systematic work to inform the public and especially owners of apiaries," commented a member of the regional headquarters of the popular front in the Republic of Bashkortostan, Deputy of the state Duma Ildar Bikbaev.

Previously for the safe handling of agrochemicals in agriculture followed the Rosselkhoznadzor. The laboratories conducted research chemicals and plant products. According to media reports, the Ministry is annually prevented turnover of about 3.5 thousand tonnes of pesticides and agrochemicals that do not have state registration. The Supervisory authority also revealed the sites of unauthorized dumping of banned or unusable substances.

However, adopted in 2011, the Federal law deprived the Agency of authority in this area. And still no Federal Executive authority does not supervise the use of pesticides, their storage and disposal, identification of counterfeit and verification of imported plant products for pesticide residues.

The President of Russia, the leader onf Vladimir Putin instructed the government to empower the Rosselkhoznadzor powers of control over safe handling of pesticides and agrochemicals. However, until now this order has not been executed. In may-July of this year, the Ministry of agriculture has published a draft law on the improvement of supervision in the sphere of pesticide management. This work is not yet complete.

"Today it is imperative to establish a Federal state control over observance of rules of use of agrochemicals. Moreover, given the current situation with the death of bees, the work required promptly. From security in the agricultural sector, including those consumed by the population of agricultural products, depends directly on the health of citizens, their quality of life," – said Bikbaev.

Experts from onf will send to the Ministry of agriculture handling of a proposal to establish state control over the use of pesticides and agrochemicals.