Monday, 29 July 2019
China has allowed the import of soy from all regions of Russia
Imported from Russia soybeans can be transported by water, rail, road, air transport 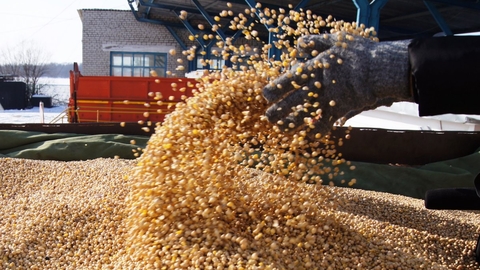 China was allowed to import soy beans from all regions of Russia. About it it is spoken in published on the website of the General administration of customs of the PRC statement.

"In accordance with the laws and normative legal acts of the PRC, as well as phytosanitary requirements for soybeans, corn, filler rice and rapeseed are imported from Russia, permitted the import of soybeans [in China] from the entire territory of the Russian Federation", - said in a statement.

The report said that "under Russian soya means soy beans grown in all regions of Russia and intended for processing". It is also noted that "imported from Russia soy should not be a carrier of quarantine pests".

"Imported from Russia soybeans can be transported by water, rail, road, air transport, - the statement says. - While loading the vehicle must meet the requirements of quarantine and epidemiological surveillance".

The report also notes that "the measures entered into force upon publication."

In may 2019 the head of Department of ground supervision and oversight of the quality and safety of grain of the Rosselkhoznadzor Olga Zakharova announced plans to sign an agreement.

"It is also a very big breakthrough, because the Chinese side on other cultures at the abolition of regionalization does not go" - has noted then the head of Department.

Последние новости
17:03 The Ministry of agriculture of the Russian Federation will simplify the new system of state support of agriculture taking into account the observations of the regions
16:00 Freight report, week 7 2020
15:07 CLAAS INVESTIGATES THE POSSIBILITY OF USING 3D PRINTING TO MANUFACTURE PARTS
14:01 Export prices for wheat should not wait
13:09 AGROSILA moves to the third stage of digitalization own productions
12:03 OOO "Al" - the new dealer equipment brands Case IH and New Holland Agriculture in the Republic of Tatarstan
11:07 JCB introduced at the British Embassy solutions for the agricultural sector
10:09 Dmitry Patrushev held a meeting with the regions on preparation for spring field work
09:06 Stavropol mineral water recognized the best in Russia
08:00 The raw milk prices this year could rise by 10%
17:06 Group "PRODO" took part in "Prodexpo–2020"
16:05 The Ministry of agriculture was instructed to consider the turnover of GMO products
15:08 "Center Agrobaltika" and the Russian agricultural Bank will jointly develop price indexes
14:03 Unattractive village. Housing in the countryside will not save the village from extinction
13:09 Krasnokamsky RMZ has implemented a large consignment of agricultural machinery
All news