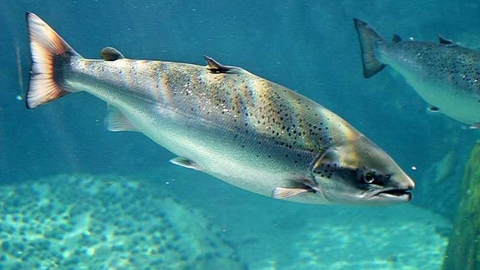 The production capacity will be about 2.5 thousand tons per year. On Friday, the Governor of the Vologda region Oleg Kuvshinnikov and the founder of the company-investor "Akvaprodukt" Alexander Churkin laid the symbolic plate at the construction site of the future enterprise.

The complex, which will be installed in a closed water supply system, located on 2 hectares. It will be the first such object in Russia. The project is implemented with the support of the Israeli company "Akamai". Investment in the project will amount to 2 billion rubles.

The construction of a complex for growing salmon — the first stage of the investment project OOO "Akvaprodukt". It intends to implement by 2020. Also the company plans construction in the region of the second fish farms, capacity is 5 thousand tons per year, and enterprise for processing and a plant for the production of animal feed.

Note that the fishery resources of the region includes about 650 thousand hectares of water surface. Also, the region has the necessary infrastructure: the road network, the Volga-Baltic canal, the railway nodes.