Friday, 23 August 2019
Breeding dairy cows on the basis of the best immunity you can perform with the help of modern method
In 2017, Global Dairy has reported on technology for breeding dairy cattle with high immune response (HIR), which allowed to identify the most promising animals. 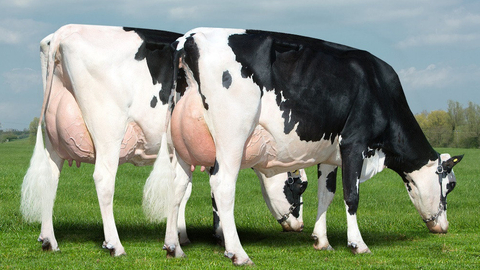 This breeding technology was invented several years ago by researchers at the University of Guelph in Ontario. This was first tested on pigs, and then tested and left for use on dairy cattle. The technology is now sold around the world, canadian company dairy genetics Semex called Immunity +.

The HIR technology allows you to identify animals that have low, medium and high immune response or antibody mediated (AMIR) and / or cell-mediated (CMIR).

Reply AMIR includes protection against pathogens, such as bacteria that attack cells from the outside, while CMIR includes viruses, etc. that damage the cell, once inside.

AMIR is measured by blood analysis (number present activity of antigen-specific antibodies), and CMIR - through test on the fold of skin (the degree of change in the thickness of the skin after administration of antigen). Signs immune response are inherited with the same value for cattle and pigs, about 25%.

"Phenotypes AMIR and CMIR were determined for each animal using the system of the HIR, and the genotypes were determined using DNA isolated from hair follicles, explains Dr. Lauri Wagter-lesperance, head of the immunogenetics and project Manager on regulatory issues for HIR at the University of Guelph. - This led to the development of predictive genomics test, which is now available as part of a new breeding program Semex "Elevate". This means that manufacturers can now determine if their cows are "immune +", or have high, average or low immune response from a DNA sample".

In the offspring of cows with high immunity cases expected incidence was significantly lower in comparison with average and weak immune defendants.

D-R Wagter-lesperance explained that with this knowledge, producers can make more informed decisions about breeding and culling of cows for each phenotype of the immune response.

Shannon Cartwright, at that time PhD student in the laboratory Mallard, noted that cows with high AMIR, the spread of infectious digital dermatitis occurs much less frequently than in cattle with either medium or low AMIR.