Friday, 30 August 2019
The number of goats and sheep in the suburbs increased from the beginning of the current year by 5.3%
In the farms the suburbs increases the number of goats and sheep. This was announced by the Minister of agriculture and food of the Moscow region Andrey Razin, according to The DairyNews with reference to the press service of the regional Ministry of agriculture. 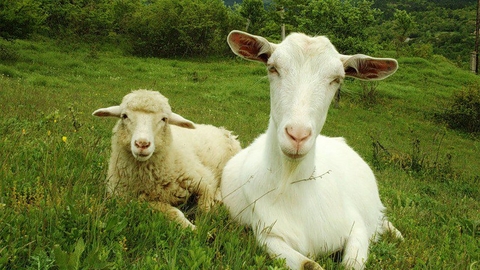 "For the past 7 months of current year in Moscow suburbs has increased the number of small cattle - sheep and goats, by 5.3% compared to last year. Mainly breed goats saranskoy, Alpine and Nubian breeds whose milk differs very little in taste and smell from the cow," said Andrei Razin.

According to the Minister, dairy and meat goats in the suburbs is becoming popular and profitable. Growth provided the economy of individual entrepreneurs, including farmers.

"Many of our farmers goat breeding is believed to be promising, and overlook the status of breeding farms. We plan to create and support enterprises for more than 7 thousand goats for future breeding stock, as well as the production of commodities. For such projects, you need some land and we are ready to allocate", - said Andrey Razin.